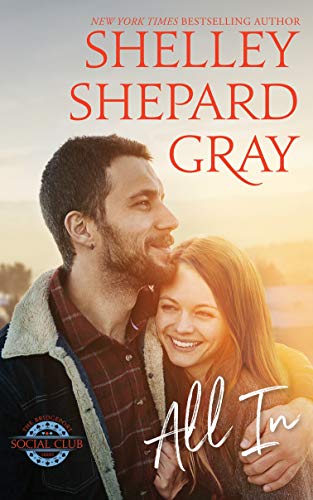 Meredith Hunt is content with her solo life. She owns and runs a successful Pilates studio, volunteers at the high school every week, and recently bought a house. She can take care of herself, which is good because she has a hard time relying on other people. When she’s mugged and a handsome man comes to her rescue, she doesn’t know how to accept his help-or how to stop staring into his chocolate-brown eyes.

Ace Vance moved to Bridgeport to offer his fifteen-year-old son, Finn, a better life. Here, Finn has a chance to play football for a good team and maybe even earn a college scholarship. And Ace scored a job at a top-notch garage, where he gets to fix up classic cars. Plus, they could both use some distance from Finn’s toxic mom. The last thing on his mind is falling in love, but he can’t help offering assistance to a gorgeous redhead in need.

Thrown together by a careless criminal, Meredith and Ace can’t deny their attraction. But can they open their hearts-and their lives-to make room for love?

Shelley Shepard Gray’s Bridgeport Social Club series explores how communities can come together to support each other, whether it’s around a poker table, in a Pilates studio, or anywhere in between. Get ready to fall in love with a group of men and women who, even when they feel lost, refuse to lose hope.

Shelley Shepard Gray can write some really good romance novels, but more than that she has a way of bringing a freshness to the genre…which is why I read this book even though I knew it wouldn’t be quite on the same…spiritual level as her other series. My thoughts:

Relationships. This is a book about relationships and there are a lot of great ones. First, there is Finn and Ace. Ace has always been there for Finn as a dad, but he hasn’t been “all in” like he should be. The novel does a lovely job of showing what surface parenting is verses being a full time parent. It even addresses the problems that might arise when you’re not totally committed. That said, watching Finn and Ace really get to know each other made me really love the characters.

Secondly, there was, of course, Ace and Meredith. I thought Gray did a lovely job of showing a new relationship coming together. There were insecurities on both sides and both characters had past relationships that didn’t end so well, nevertheless that kind of theme of going “all in” was there and it made for a very cute romance without drama. Also, I loved that theirs was a relationship with a lot of give and take. Ace is there for Meredith and Meredith is there for Ace. It was a relationship you could believe in.

Fourthly, friendship in general. Ace has his friends and Meredith has hers. I think the overarching theme of this series is the importance of stepping out of yourself and developing relationships…especially when it’s not easy or comfortable.

There were four points of views in this novel. One of those povs could have been cut.

There was a moment or so when I wanted to tell Meredith to have some backbone. She was supposed to be withdrawn and independent, but every decision she made seemed to come from someone who was just needy.

I will say that though I knew this wasn’t going to be a “Christian” romance per se, I was still surprised by some of the choices the author made. And not necessarily in a good way. When I consider all of the other books she has written, I was left more than a little confused about things.

Overall, I read this book because I wanted something light and fluffy. I got that. But. I just may not be reviewing this series anymore on my blog as it not within the purview of my typical reviews.

**I received a copy of this book from Blackstone Publishing through Netgalley. My opinion was not affected in anyway.**