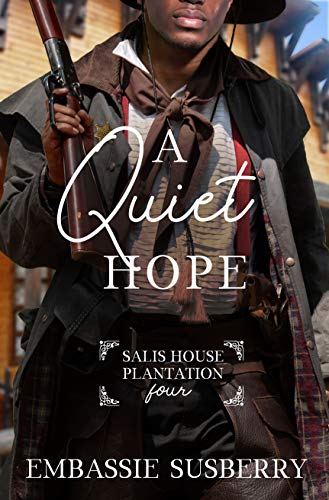 With the War Between the States over and slavery now a thing of the past, Sylvester Hollis—a man born for the saddle and a gun– finds himself at a crossroad in life…and he doesn’t like the looks of any of the paths laid out before him.

As one of the few slaves that stayed at Salis Plantation before, during, and after the War, Hagar has spent her whole life in service to others, unsure of who she is and what she wants in life. But when the straw breaks the camel’s back, Hagar knows one thing—she wants off the plantation. Remembering the name of Arrow Creek, Hagar packs her bags determined to take herself West. What she doesn’t plan for is Sylvester Hollis.

On a journey that neither one expected, from West Virginia to Oklahoma, Sly and Hagar come together as circumstance after circumstance is thrown their way. Forced to deal with bandits, townspeople, and ghosts from both of their pasts, Sly and Hagar cling to the one thing that has kept them going so far—hope. 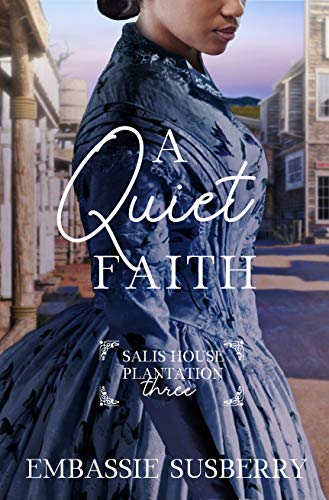 Logical, serious-minded Keturah Hollis has been a slave all her life. When her brother Sly Hollis deposits her in Arrow Creek, Oklahoma, a town run by Negroes, Keturah has to learn for the first time ever what it is to be free.

Irreverent and cynical, Manny Day, a runaway slave from a tobacco plantation in Kentucky, has a pretty good life in Arrow Creek. No longer at the whims of other men, he runs a general store with his brother, taking each day as they come. He lives a quiet, mostly content life—until he stumbles across a dead body.

Both filled with a desire to protect Arrow Creek, Keturah is reluctantly pulled into a profession she never would have considered while Manny is reluctantly forced to solve a mystery he hoped to avoid. Unlikely friends and even unlikelier allies, Keturah and Manny must work together and learn to have some faith. 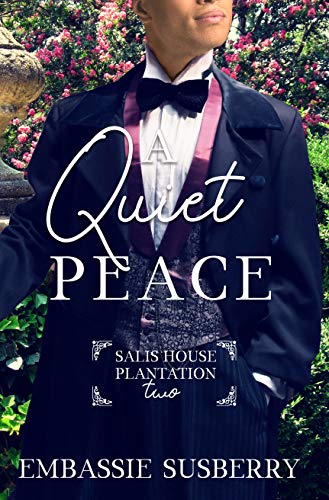 Prince, steward and personal manservant of the master of Salis House Plantation, has been quietly biding his time in hopes that he would one day be given his freedom. When his master unexpectedly dies, it sets off a chain of events that forces Prince into a corner of his own making.

Annie, head cook of Salis House Plantation, and known for her extraordinary beauty, has longed all of her life to be free, but due to her own life circumstances has never seen a way out—until now.

When Prince and Annie reluctantly join forces to escape Salis House Plantation together, they find themselves embarking on a journey that stretches the boundaries of both of them and eventually leads to something they have both desired all of their lives—peace. 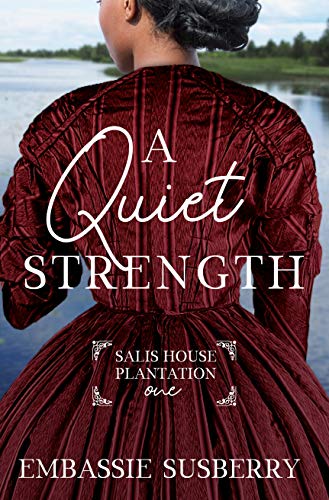 Laura has been quite content as the head seamstress at Salis House Plantation. But when it is decided that two of her brothers are to be sold, she is forced to make a decision she never hoped to make.

Sam’s greatest desire is to be free. Free from the bonds of slavery, free to choose his own path, free to become the man God created him to be. But when circumstances conspire to lead him only further into slavery, he is pressed to make a choice that will change the course of his life forever.

When Laura and Sam cross paths, they find themselves on an unlikely journey to freedom that spans the western United States and leads them on a journey that requires all of their strength. 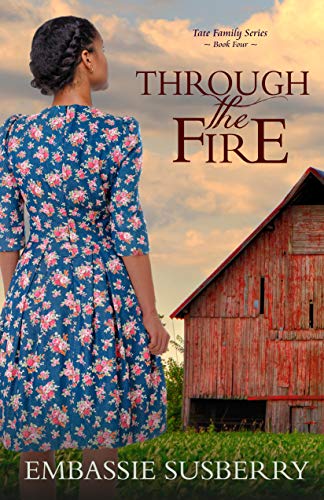 After the sudden death of her husband a year ago, Norma Tate Cummings is still learning how to manage it all: her children, her farm, and her sanity. Finally realizing that she cannot do it all alone, she does the unthinkable: she hires ex-convict, Clyde Halpern.
When a body is unearthed on her land, Norma and Clyde find themselves unexpectedly immersed in a mystery from the past that threatens both of their futures.
Together, Norma and Clyde learn that to get to the road of peace, you may just have to go through the fire. 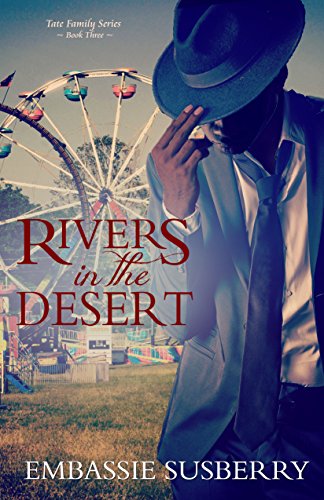 In 1964, FBI Agent Raymond Little is sent to East Texas to recover from a recent wound. Hiring out as a farmhand on the Crandall Farm, he meets Minerva “Minnie” Templeton. When Minnie decides to open her own library and comes across stolen money in a donated book, she finds herself suddenly immersed in an almost decade’s old mystery surrounding a county fair.

As the two work together to solve the mystery and establish a library in the midst of troubling times, they began to learn the value of family and the importance of knowing who they are.

1963, Katherine “Kate” Tate is known for many things: her stunning singing voice, her exquisite taste in fashion, and her striking personality. But when God tells her to pack her bags and go back home, she wants to be only known for her faith in God.

The last thing Kate expects to do upon her return home is to solve a decades old mystery with the help of friends old-enter Reverend Jesse Waters- and new alike. The mystery isn’t supposed to have anything to do with Kate, so then why does every clue seem to lead right back to the doorsteps of the Tate family?

Can Kate do it all? Represent her new faith? Right the wrongs of her past? Fix her family’s problems? And figure out the curse?

Lillian Rose Atkins is tired. She’s tired of picking cotton, serving as a maid in a hotel, and taking care of her younger cousins. So when she receives an invitation—from the mother she hasn’t seen in ten years—to move to Chicago and take part in Chicago society, Lily jumps at the chance. This is her opportunity to finally have new things, be on the other side of service, and find a wealthy husband.

Rutledge “Rudy” Addison is tired. As an investigative journalist who reports on the facts of lynchings and race riots in the South, he’s tired of dealing with the dregs of society. But when he is challenged to love those he is starting to hate, he begins to find that life is not as black-and-white as he always thought.

When Lily and Rudy are thrown together, will they realize that maybe the things they’re tired of are more important than they could ever have fathomed?

1961, Alabama. Cecelia “Sissy” Little thought she had seen the last of Truitt Tate two years ago after he left her cousin at the altar. When he shows up at her door, claiming to be an undercover FBI agent and furthermore, in need of her assistance to play the role as his fiancé, Sissy is less than thrilled. Aside from the fact that Sissy can’t stand Tate, Sissy has worked hard to build a life for her and her nephews in their racially tense town. The last thing she wants is for Tate to come and upset things.

Truitt Tate hasn’t always been a gentleman, but he has changed, starting from the moment he first met Sissy Little. He comes to Alabama on assignment for business, but hopes to make it personal.

As Tate becomes immersed in the Civil Rights movement and Sissy is forced to face old fears and secrets, will they find out that they have much more in common than they ever thought?

Set in a small Mississippi town during the heart of the Civil Rights era, The Eyes of the Heart is a story about forgiveness, love, fear and hate. It is also a story about Edith Holden, a young woman living in the deep south who finds herself unwillingly confronted with racism, social injustice and her love for a man she is unsure she will ever have.

“Wonderful historical fiction!  It is very well written and the story flowed from page to page. It grabbed my attention from the first page and never let go. The story was so real that I felt like I was there in the midst of it.  It would make for a great Hallmark movie. Enjoyed reading this book more than anything I’ve read in quite a while.”

“Susberry’s compelling plot, engaging characters, and ear for dialogue combine to make this book a page-turner.”

“Wonderful story of how love is truly colorblind. Enjoyed the well-researched, historical setting of the south during the civil rights era.”

(from the Women of Faith contest)

So why this book? Why this story? Two things:

1) As a kid (and an adult), I loved American historical fiction. My parents are vets, my sister is in the Navy. I bleed red, white and blue. I read the Dear America series, American Girl series, and anything by Ann Rinaldi, but the first book that changed my thinking was Roll of Thunder, Hear My Cry by Mildred Taylor. It was the first book I read about black Americans where we weren’t slaves. As a black girl, it really changed my thinking and I learned how empowering it is to see yourself on the written page where for once your whole life is not about taking care of someone else. And so I had this book in the back of my head when I sat down and wrote this book.

2) And, I had just taken a Civil Rights class in college and was inspired by the sacrifices that those people made. Could I have done it, had I lived then? I don’t know. I like to think I would, but I know my personality…and that is how Edith Holden was born.

And so, if you have time, I ask that you read the book and share your thoughts on Amazon. I didn’t write this book to get rich, I wrote it to entertain and to be a blessing and it is my hope that it does so.

4 thoughts on “My Books”