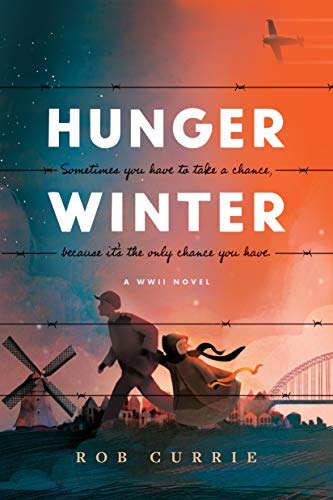 Even though this book doesn’t fit the genre I usually read (i.e., romance) I still wanted to read this book as I love historical fiction and I love to learn about times and places I may not be as familiar with. My thoughts:

The Dutch. I don’t know a whole lot about the Dutch and their experiences with occupation during World War II, but through Dirk’s eyes, the reader is taken on quite the journey across the country.

Spiritually, the novel shows characters praying and deals with why you would believe in God when bad things happen.

Dirk. But only because there was nothing very specific about Dirk. He could have been any boy who cared about his little sister. I didn’t know his likes or his dislikes. I didn’t know who his friends were and who his enemies were (other than the obvious). Because his experience did not come off as unique, I failed to connect with him as a reader. Furthermore, for a boy who was living where he was living, in the times in which he lived, his failure (even his younger sister’s failure) to be prepared for the situation he found himself in was…odd.

Portrayal of Nazis. There is a character in this book who gets captured by the Nazis and taken in for questioning. In the book, the Nazis play a series of psychological games with this person. I have serious doubts that this was a thing that happened. Especially at the end of the War when the Germans were much more focused on their own survival. I could, of course, be wrong, but it is my understanding that they killed people in the resistance and moved on. Also, there was this odd scene towards the end of the book where there’s a standoff between a Nazi and some of the main characters…and while I realize that this book is marketed towards children, it painted the Nazi as almost ridiculous. Nazis were not ridiculous (as in, not silly) or they would not have succeeded as much as they did. The ending felt Disney-esque when it should have been absolutely terrifying.

Overall, I wasn’t truly a fan of this book. Unfortunately, the characters did not quite come to life for me.

** I received a copy through Tyndale via Netgalley. My opinion was not affected in any way.” 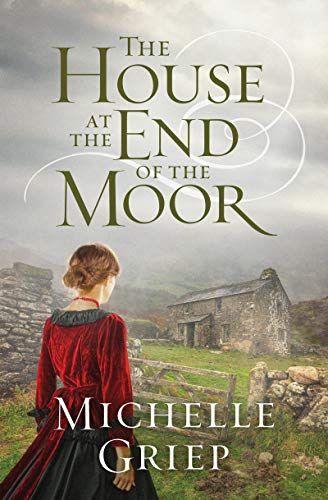 Opera star Maggie Lee escapes her opulent lifestyle when threatened by a powerful politician who aims to ruin her life. She runs off to the wilds of the moors to live in anonymity. All that changes the day she discovers a half-dead man near her house. Escaped convict Oliver Ward is on the run to prove his innocence, until he gets hurt and is taken in by Maggie. He discovers some jewels in her possession—the very same jewels that got him convicted. Together they hatch a plan to return the jewels, clearing Oliver’s name and hopefully maintaining Maggie’s anonymity.

I’ve read books by Michelle Griep that I have enjoyed before and I’m a huge regency novelist fan. With those two things combined. I definitely wanted to read this book. My thoughts:

Maggie’s prose. In regards to Maggie, this book starts off very gothic–and I love gothic novels. In typical gothic fashion, the setting is just as important as the characters themselves. And the Moors does not disappoint. The Moors are so beautifully described that it becomes almost a character in and of itself. Unfortunately, the book only takes place in the Moors for a short time (I was sad when we let the Moors). But there’s an eeriness in the beginning that was luring to me as a reader because you have the mute maid, the secrets of the past, the woman in hiding. It was really set up nicely for an intriguing tale.

The mystery duo. I did like the way that Maggie is dealing with one piece of the mystery and Oliver is dealing with a separate piece, and even though they’re such strange pieces, it all comes together in one solid nucleus.

Spiritually, there are some interesting ideas of justice and how it relates to forgiveness and how you can’t really have one without the other.

Oliver. He was a very, very whiny hero. Don’t get me wrong, life had treated him rough. But he read like a little boy throwing a tantrum instead of a man making the most out of a situation. If he was a little bit funny, it could have worked. But he was not funny.

Suspension of Disbelief. When it came to Oliver Ward, I understand what the author was trying to do. That said, I’ve read so many regency novels that I could not suspend my disbelief that a man with his background and his “voice” would have been imprisoned in the first place—at least not without some big to-do.

On the Run. Oliver and Maggie are really horrible at being on the run. Sometimes, with the mistakes they made, it felt like they wanted to be caught.

The villain. There is a specific villain in this book who made no sense to me whatsoever. The author tried to explain the villain’s motivation to be the way he was, but it just read weird to me.

Overall, if you can suspend your disbelief, you might enjoy this book. There’s action, adventure, mystery, and romance. But for me, there were so many odd things that kept pulling me out of the story that I never fully immersed myself in it and I didn’t enjoy it as much as I would have liked.

**I received a copy from Barbour Publishing via Netgalley. My opinion was not affected in any way.**