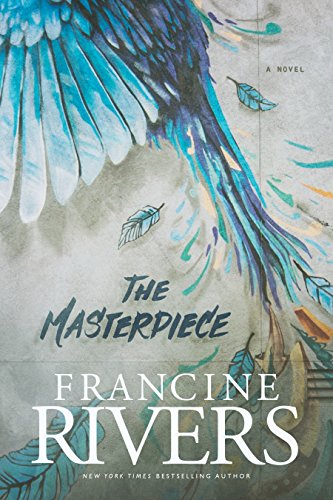 A successful LA artist, Roman Velasco appears to have everything he could possibly want—money, women, fame. Only Grace Moore, his reluctant, newly hired personal assistant, knows how little he truly has. The demons of Roman’s past seem to echo through the halls of his empty mansion and out across his breathtaking Topanga Canyon view. But Grace doesn’t know how her boss secretly wrestles with those demons: by tagging buildings as the Bird, a notorious but unidentified graffiti artist—an alter ego that could destroy his career and land him in prison.

Like Roman, Grace is wrestling with ghosts and secrets of her own. After a disastrous marriage threw her life completely off course, she vowed never to let love steal her dreams again. But as she gets to know the enigmatic man behind the reputation, it’s as if the jagged pieces of both of their pasts slowly begin to fit together . . . until something so unexpected happens that it changes the course of their relationship—and both their lives—forever.

Francine Rivers has managed to write some of my favorite books ever…and then the occasional book that left me largely confused. Thus, I was a bit worried when approaching The Masterpiece. My thoughts:

Reasons why you should read The Masterpiece:

1.  As usual, Rivers tackles contemporary issues effortlessly. A lot of Christian authors avoid certain topics like sex, dating, partying, etc., Rivers confronts it all head on. She’s not afraid of the heavy topics and that’s what really makes her novels stay with you.

2. Complex characters. No one is all good or all bad. They are sinners saved by grace. At the same time, once they’re saved they are not wishy-washy Christians.

3. Complex storytelling. Rivers has a lot of flashbacks within this novel. She’s going somewhere and I like where it ended.

4. Spiritually, this novel deals with so much, but what stood out to me is that hell is real and salvation isn’t a game.

Overall, I really enjoyed this book! I see potential for a series?? 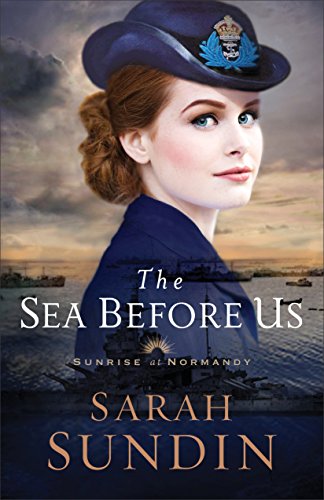 In 1944, American naval officer Lt. Wyatt Paxton arrives in London to prepare for the Allied invasion of France. He works closely with Dorothy Fairfax, a ÒWrenÓ in the Women’s Royal Naval Service. Dorothy pieces together reconnaissance photographs with thousands of holiday snapshots of France–including those of her own family’s summer home–in order to create accurate maps of Normandy. Maps that Wyatt will turn into naval bombardment plans.

As the two spend concentrated time together in the pressure cooker of war, their deepening friendship threatens to turn to love. Dorothy must resist its pull. Her bereaved father depends on her, and her heart already belongs to another man. Wyatt too has much to lose. The closer he gets to Dorothy, the more he fears his efforts to win the war will destroy everything she has ever loved.

The tense days leading up to the monumental D-Day landing blaze to life under Sarah Sundin’s practiced pen with this powerful new series.

Sarah Sundin is an auto-buy author for me. I love the way she approaches WWII in such different ways and her complex characters. My thoughts:

Wyatt. Almost from the beginning of the book he becomes a character that I am rooting for. He is your quintessential nice guy…often to his own fault. He’s got this interesting back story with his brothers that gets fleshed out as the book goes along. It really serves to lay a foundation that I’m interested in seeing the series  being built upon.

Dorothy. She’s a bit hard to like at first. Although her desire for a certain guy is explained, I was still confused why she liked the guy she did. Her desire for this guy almost made her weak at moments, but she does redeem herself.

Complex characters. Sundin has a way of making her main hero and heroine have a particular struggle that they must overcome throughout the novel. While that is addressed here, it is not in the same way as her other books. So kudos to the author!

Romance. Wyatt and Dorothy have a relationship that is built on friendship and honesty. I loved every moment of it. They don’t lie to each other and they do everything they can to respect the other.

Historically, Sundin reveals a part of D-Day that’s not often discussed. If you’re interested in this part of history, you will learn much.

Spiritually, the characters pray and seek God. Dorothy learns what real love looks like and Wyatt learns how to forgive himself.  Both learn to take steps of faith.

It’s possible to get lost in some of the WWII details, but I really enjoyed this book. Also, on a personal note, some of the language used seemed a bit corny, but that is probably how they talked in the 1940s.

Overall, a very good book. I found myself  reading well into the night. I’m looking forward to the rest of the series!