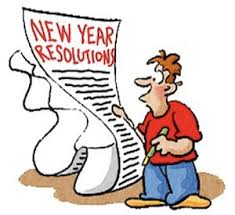 Do you make New Years’ Resolutions? I do, kind of. I usually pick three or four things that I would like to see accomplished in the new year and that way it’s easier for me to keep them in mind as the year passes. Last year, most of my resolutions had to do with finishing law school and passing the bar (which I kept Amen!) This year, I suppose it’s related to working, but as someone who loves to plan out every day, I am also committed to letting God change things up this year…and not to get upset about it.

But I also have some resolutions for this blog: more interviews, giveaways, and more people interaction. I love blogging, and I hope that it is truly a blessing to those who read it.

So what are some things you want to see happen this year? Any ideas to make my blog better?

It’s 1846 in Ireland. When her family’s small farm is struck by famine, Clare Hanley and her younger brother, Seamus, set out across the ocean to the Promised Land of America.

Five years prior, Clare’s older sister Margaret and her Uncle Tomas emigrated in similar fashion and were not to be heard from again. But Clare must face her fears as she lands in the coming-of-age city of New York. There she discovers love, adventure, tragedy, and a terrible secret which threatens to destroy her family and all she believes.

If ever you’re looking for historical fiction, this is it. Mr. Reynolds does a fantastic job of transporting the reader to 19th century Ireland (and later America) and making you feel as though you are going through the same struggles as the Irish went through. The novel portrays, often, overwhelmingly sad and harsh incidents that you know were only to common at the time. I thought the author did a good job of fleshing out the various characters in the novel. Clare felt like a real person and you could understand the workings of Seamus and the rest of his family. The novel was probably not as romantic as I usually read (though there is romance) and at times I felt like I wasn’t entirely sure of where the novel was going, but overall it was well-written and a satisfying read. Spiritually, Clare has to learn to lean on God even though she experiences some really tough time and you can see the importance of evangelizing in this novel.

**I recieved this novel from netgalley. My opinion was not affected in any way.** 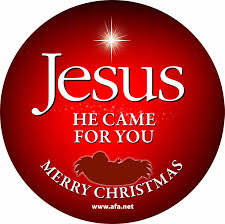 Have a wonderful Christmas!

There are a lot of books coming out in 2013, but here are just a few I’m looking forward to: 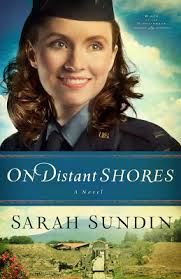 Anything by Sarah Sundin is a winner!

Such a fantastic author!

Her remakes of fairytales are on point!

You can never go wrong with a Jill Williamson novel!

I so enjoyed the last novel, that I can’t wait till this one comes out!

A whole year without Deeanne Gist…smh…can’t wait for this one!

And this only touches the surface. Excited for the new year! Anyone else know of any good books coming out this year? 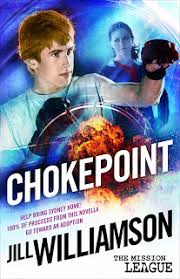 Ever since I returned from Moscow, life is a full court press. Mission League
field agents are everywhere. All the time. Watching. Waiting for me to fulfill a
sixty-year-old prophecy. When some baddies try to guy-nap me, the field agents
threaten to move me and Grandma Alice to some random hick town, to give us new
fake identities until the prophecy is fulfilled.

Not going to
happen.

I’ve got one chance to stay in Pilot Point. I have to prove to
the agents that I can stay safe. Have to make this work. For basketball. For
Kip. For Beth.

This novella picks up right where The New Recruit left off and I loved being in Spencer’s head again. Ms. Williamson has so captured the thoughts and actions of a teenage boy that I feel like I’ve met a form of Spencer before. Spencer begins to try to dig deeper into his family past while also dealing with a traitor in the agency. Fun, exciting, and intriguing. Spiritually, there is the continual emphasis on the use of spiritual gifts and Spencer comes to realize the importance of prayer even more. You won’t want to put it down and I’m eager for the next mission to come out.

Special note:100% OF THE PROCEEDS FROM THIS ENOVELLA GO TOWARD THE ADOPTION OF LITTLE SYNDEY
FROM EASTERN EUROPE. PLEASE, HELP BRING SYDNEY HOME. 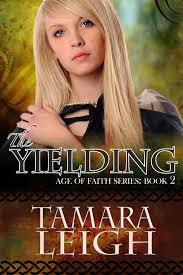 The Unveiling, the first book in the Age of Faith series, introduced readers to the formidable Wulfrith family during Duke Henry’s battle for England’s throne in 1153. Now, four years later, Henry wears the crown, but the Wulfriths are no less defiant—and no more amenable to forging alliances through king-decreed marriage.
SHE HAD KILLED A MAN. OR SO IT WAS SAID…
Convent-bound Lady Beatrix Wulfrith is determined to aid her sister in escaping marriage to their family’s enemy. Unaware of the sacrifice that awaits her, she leads their pursuers astray only to meet with an accident that forever alters her destiny and takes the life of a young knight whose brother vows he will not rest until the lady is brought to justice.
Lord Michael D’Arci is a warrior and a womanizer whose foul mouth and impatience bode ill for all who trespass against him. Falsely accused of ravishment years earlier, he refuses to believe Lady Beatrix’s accusations against his deceased brother. However, when he finds himself at the mercy of that same woman who clings to her convictions and faith even when it threatens to prove her undoing, his quest for justice wavers.

Ms. Leigh’s new novel thrusts you right back into medieval times and amongst the Wulfriths once again. I was really excited to see that this novel was about Garr’s sister and I found the premise of the novel to be intriguing. Beatrix, I thought, was a great heroine and unique in many ways. And I think the reader will totally get where Michael is coming from. When they were together, I enjoyed their often spirited exchanges (though I did feel like they talked in circles around each other at moments). Spiritually, Beatrix’s faith in God was one of the things I loved the most about this novel (though there is a moment in the book that seems at odds with her belief) and Michael has to learn to humble himself before the Lord. Also, I think the book does a good job of showing how bitterness and hatred can tear a person apart from the inside out.  Good Book and I am looking forward to the third one!

Reporter Moira Harrisons is lost. In the dark. In a thunderstorm. When a confusing detour places her on a rural, wooded road, she’s startled by the sudden appearance of a lone figure caught in the beam of her headlights. Though Moira jams on her brakes, the car careens across the wet pavement–and the solid thump against the side of the vehicle tells her she hit the person before she crashes into a tree on the far side of the road.
A dazed Moira is relieved when a man opens her door, tells her he saw everything, and promises to call 911. Then everything fades to black. When she comes to an hour later, she is alone. No man. No 911. No injured person lying on the side of the road. But she can’t forget the look of terror she saw on the person’s face in the instant before her headlights swung away. The person she hit had been in trouble. She’s sure of it. But she can’t get anyone to believe her story–except a handsome former police detective, now a private eye, who agrees to take on the case.
From the very first page, readers will be hooked into this fast-paced story full of shocking secrets from fan-favorite Irene Hannon. Vanished is the exciting first book in the Private Justice series: Three justice seekers who got burned playing by the rules now have a second chance to make things right.

Ms. Hannon knows how to pull a reader in from the first page of her novel, and this one is no different. Immediately, I was intrigued by the premise and eager to figure out what had happened. I thought the bad guy in this novel was a kind of twisted Robin Hood which made him really unique. I also really enjoyed Moira’s character because she didn’t play games when it came to her interest in Cal. She read like a real woman. I thought Cal was also a very developed hero, and easy to like. I was concerned midway through the book that it would follow a formula that I have noticed in many of Ms. Hannon’s novels, and while this one did to a certain degree, it was also done very differently. One thing I liked about this book was how she talks about undercover work. That does seem to be one of those areas that’s a bit borderline spiritually, and I’m glad she addressed it. Spiritually, Cal has to learn to forgive himself and I enjoy watching Moira live out her faith. Good Book. I can’t wait until the next one. Highly Recommended!

**I recieved this novel from Netgalley. My opinion was not affected in any way.**