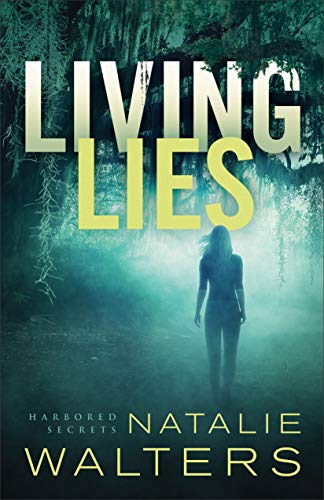 In the little town of Walton, Georgia, everybody knows your name–but no one knows your secret. At least that’s what Lane Kent is counting on when she returns to her hometown with her five-year-old son. Dangerously depressed after the death of her husband, Lane is looking for hope. What she finds instead is a dead body.

Lane must work with Walton’s newest deputy, Charlie Lynch, to uncover the truth behind the murder. But when that truth hits too close to home, she’ll have to decide if saving the life of another is worth the cost of revealing her darkest secret.

Debut novelist Natalie Walters pulls you to the edge of your seat on the first page and keeps you there until the last in this riveting story that will have you believing no one is defined by their past.

Even though I had never read this author before, I requested this book because sometimes I’m in the mood for a mystery. My thoughts:

The characters. The setup is pretty familiar: girl in a small town plus a handsome deputy equals solved mystery. Except not. Lane is not out here trying to solve mysteries. She’s trying to get through each day. And the deputy (while handsome) is new on the job and trying to learn the ropes. These small differences to a common refrain served to add a new spin on the trope. Lane’s personal problems are intense and yet something I think everyone has encountered. In spite of her issues, I found her to be a very likeable and relatable heroine. The same with Charlie Lynch. He’s not your typical know-it-all police officer and he has his own past which serves to make his narrative rich. Further, both characters have family issues that serve to push the narrative along.

The mystery. You get a lot of police work in this book that I thought was done well. The author doesn’t just skim over how the characters find clues and neither does she pull rabbits out of her hat. Instead, you’re walked through the process in such a way that the mystery almost feels real.

Spiritually, the characters have to deal with truly trusting what the word of God says in spite of their feelings.

The author tried to connect the mystery and make it more personal for Lane, but it just didn’t work. And since she wasn’t as invested in it, I wasn’t as involved in it. The book is well written, but I could put it down and not think about it for days. I felt like I was on a journey with Charlie to figure out who the bad guy was but the bad guy didn’t really affect the main characters in any shape or form so I wasn’t worried and I wasn’t on the edge of my seat (though there was one scene…). Now, the bad guy doesn’t always have to connect with the main characters, but it does make a book more interesting if it does. But that’s just my opinion. 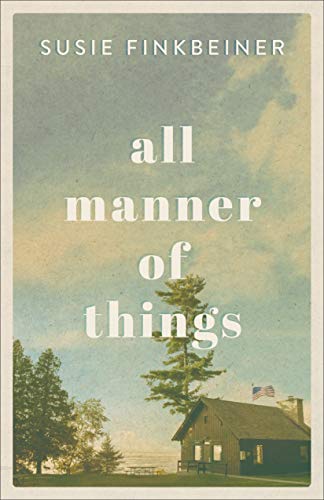 When Annie Jacobson’s brother Mike enlists as a medic in the Army in 1967, he hands her a piece of paper with the address of their long-estranged father. If anything should happen to him in Vietnam, Mike says, Annie must let their father know.

In Mike’s absence, their father returns to face tragedy at home, adding an extra measure of complication to an already tense time. As they work toward healing and pray fervently for Mike’s safety overseas, letter by letter the Jacobsons must find a way to pull together as a family, regardless of past hurts. In the tumult of this time, Annie and her family grapple with the tension of holding both hope and grief in the same hand, even as they learn to turn to the One who binds the wounds of the brokenhearted.

Author Susie Finkbeiner invites you into the Jacobson family’s home and hearts during a time in which the chaos of the outside world touched their small community in ways they never imagined.

I’ve never read this author before but I love “war time” fiction novels…especially coming of age war time fiction novels and it was coupled with family dynamics? Yes, please. My thoughts:

The characters. Each one was rich and layered and felt like they could step right off the page at any moment. There was obviously Annie, the main character, who is kind and considerate, forgiving and loving. She’s also growing up in turbulent times with a somewhat turbulent family and learning how to deal with it all. But then you have her mom, who has such a dynamic personality, her brothers who are sweet, funny, and caring, her grandparents who go through grandparent-like things, her friend who supports her and who she supports, and her father who is still dealing with the after-effects of the Korean War. Each character almost had their own story to tell. I didn’t feel like the author had any caricatures here. And you know characters are developed well when you find yourself almost praying for them.

Family dynamics. This isn’t a plot driven book. It’s more or less how Annie is dealing with different changes in her life: her brother leaving for Vietnam and the return of a father who was, and kind of is, MIA. I thought that the author did a great job of showing the reality of both. Annie loves her brother and so it isn’t easy to watch him go to war. Especially when said brother has stepped into almost a father-figure role. Then, there is her dad himself. He really was one of the most fascinating characters in the whole book. I loved that the author really took her time to develop him in both the book and in Annie’s life.

The style. There’s a part of this book that is epistolary. I actually really liked the letter writing that went back and forth between various characters. It was a nice way to learn more about certain ones.

It was a bit predictable. I grew up reading war time fiction as a child. There’s a bit of a formula for these books. As soon as I read the first three chapters, I leaned over and told my dad how this book was going to end. I was rather disappointed to be right. Further, there was a lot of heavy handed foreshadowing for various facets of the book…so much so I thought the author was going to go in a different direction…

The romance, but not in the way you think. This book didn’t necessarily need romance and I liked how the author played with the fact that the main character could end up with this guy or that guy or no guy. The problem I had was this: one of the possible romances was really complex if you considered all the details and the author tried to make it simple. But, by making it simple, she cheapened the experience of one of the characters. Also, Vietnam.

Honestly, this book was so compelling I pretty much read it in one sitting. Yes, there were things I didn’t love about it, but overall, it was just a knockout for me. 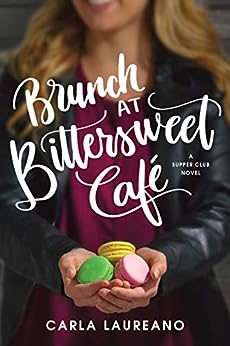 Baker and pastry chef Melody Johansson has always believed in finding the positive in every situation, but seven years after she moved to Denver, she can’t deny that she’s stuck in a rut. One relationship after another has ended in disaster, and her classical French training is being wasted on her night job in a mediocre chain bakery. Then the charming and handsome private pilot Justin Keller lands on the doorstep of her workplace in a snowstorm, and Melody feels like it’s a sign that her luck is finally turning around.

Justin is intrigued by the lively bohemian baker, but the last thing he’s looking for is a relationship. His own romantic failures have proven that the demands of his job are incompatible with meaningful connections, and he’s already pledged his life savings to a new business venture across the country—an island air charter in Florida with his sister and brother-in-law.

Against their better judgment, Melody and Justin find themselves drawn together by their unconventional career choices and shared love of adventure. But when an unexpected windfall provides Melody with the chance to open her dream bakery-café in Denver with her best friend, chef Rachel Bishop, she’s faced with an impossible choice: stay and put down roots with the people and place she’s come to call home . . . or give it all up for the man she loves.

I really enjoyed the first book in this series. There’s something about food and romance that just goes so well together. My thoughts:

Food. I will admit that I’m more savory minded than pastry minded, but I loved being in the kitchen with Melody and watching her create. The author seemed to have a lot of knowledge when it came to the food arena and it really showed.

Melody. I didn’t like her in this book and that makes me sad (especially since this was such a character driven novel). The reason for that was because she was a character who based every single decision off of her emotions. It made her a main character I couldn’t trust and more than that, it made her weak morally, spiritually, and relationally. I didn’t care for a lot of the decisions she made because half of them didn’t make sense. She made one particular decision half-way through the book that went from making the book enjoyable to me almost skimming. I will admit that at the end of the book, Melody acknowledges her flaws, but having spent most of the book reading her with her flaws…I was kind of over it.

Also, Justin. He was kind of lame as a hero (sorry!). His inability to commit to anything made him rather unlikeable to me. He would have been a hard pass for me. I know that particular immaturity was supposed to be part of his development as a character, but other than the fact that he was attractive, I did not see what Melody saw in him.

Overall, even though this wasn’t my favorite, I’m very interested in Ana’s story.