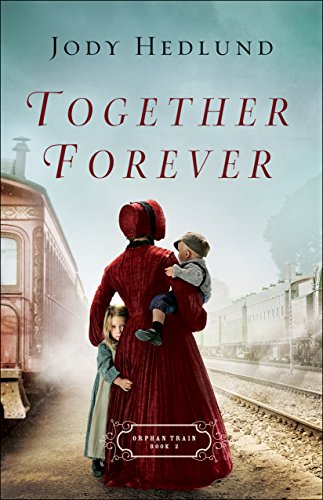 Marianne Neumann has one goal in life: to find her lost younger sister, Sophie. When Marianne takes a job as a placing agent with the Children’s Aid Society in 1858 New York, she not only hopes to give children a better life but seeks to discover whether Sophie ended up leaving the city on an orphan train.

Andrew Brady, her fellow agent on her first placing trip, is a former schoolteacher who has an easy way with the children–firm but tender and funny. Underneath his handsome charm, though, seems to linger a grief that won’t go away–and a secret from his past that he keeps hidden. As the two team up placing orphans amid small railroad towns in Illinois, they find themselves growing ever closer . . . until a shocking tragedy threatens to upend all their work and change one of their lives forever.

I thoroughly enjoyed the first book in this series and I was so excited about the second book. However, this book was a disappointment. It was certainly as well written as all of Ms. Hedlund’s books are. Marianne and Andrew came to life on the pages. Hedlund’s real talent though, was how well and developed the secondary cast was. And let me tell you, a train full of children is a large cast. It’s very easy for the reader to get lost in the numbers, but the author took the time to really flesh these children out (and other characters) and bring them to life. Spiritually, the novel deals a lot of with forgiveness of one’s self and realizing that God is there when you go through the difficult times.

But this book seemed to lack…a plot. It took me forever to get through it. Forever. And with every page I turned, I kept waiting for something exciting to happen. I don’t think it ever did. Instead, it felt like a never-ending road trip from…well…you know where. Perhaps if I had never read a book about the orphan trains at all, I would have found this fascinating. But this was not my first train ride, so there was no allure there. The novel starts with Marianne trying to find her sister, and while her sister is clearly on her mind, this is a thread that the story fails to really hold. And then there was Andrew and the more I learned about him, the more I actually didn’t trust him…with anything or anybody (I think the author’s point with him totally backfired). At the end of the book, I still wasn’t certain what kind of person he was. Romantically, at first it seemed like the author wasn’t going to make things complicated, and I was a huge fan of that (though I must say that I was never confident that Marianne really knew the hero that well). But then things got weirdly complicated–to the point where I almost didn’t care and when I should have been basking in the love, I was skimming paragraphs.

Honestly, I felt like this book was just a bridge to get to the third book. It felt like the author was setting up pieces that she plans to move on the chessboard at some point.  Will I read the third book? Probably. But I won’t be waiting as eagerly for it as I did for this one. 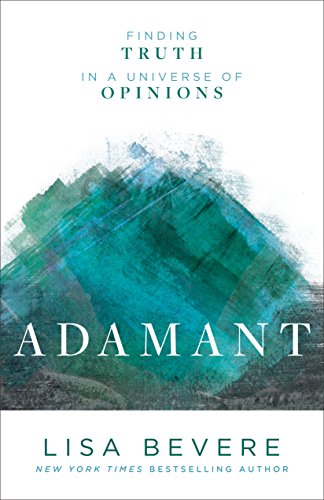 By ancient definition, the adamant was known as both a diamond and a mythical stone of indestructible wonder. In more modern terminology, it describes a posture of unshakeable resolve and determination. If there was ever a time for us to be adamant about love and truth it is now. God is Love. God is Truth. Both love and truth are timeless, transcending our current trends and opinions. Sometimes the most loving thing we will ever do is to speak the truth, but speaking truth begins with living it.

Using the mediums of Scripture and story, New York Times bestselling author Lisa Bevere takes readers on a journey into the Mountain of God, to the one place they can learn not only to abide in God’s unshakeable truth and love, but become adamant–people who are unmovable, determined, and steadfast. With conviction and passion, Lisa unpacks the concept of the adamant for readers, linking together the grand story of Scripture and God’s purpose in their lives. Readers will see that God’s plan is revealed as we dwell in him, it is there that we are forged and shaped. As we abide in Christ our Cornerstone we are shaped into the image of the adamant.

Five Reasons You Should Read This Book:

The only quibble I would have is that some times the writing felt a bit choppy. But, overall, a really good book that I found myself using as a devotional in the mornings to remind myself to be Adamant for Christ!

**I received a copy from Revell. My opinion was not affected in anyway!**