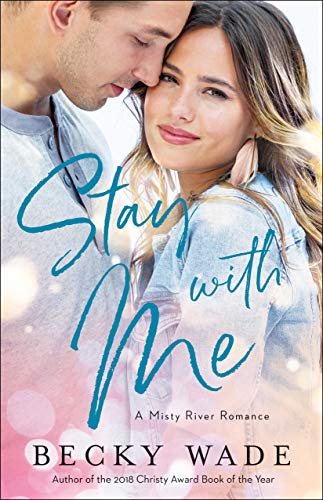 A mysterious letter alluding to a secret in her parents’ past brings Genevieve Woodward back to her Blue Ridge Mountains hometown, but she’s also in need of a break from a high-profile career that has left her dangerously burned out and concealing a powerful secret of her own. When she wakes inside an unfamiliar cottage to find the confused owner staring down at her, she can no longer ignore the fact that she needs help.

Sam Turner has embraced his sorrow and his identity as an outsider. The solitary, disciplined life he lives on his historic farm is the life he’s chosen for himself. The last thing he wants is to rent his cottage to a woman as troubled as she is talkative. Yet, he can’t force himself to turn her away right when she needs him most.

As Genevieve researches her family’s history and her and Sam’s emotions deepen, they will have to let go of the facades and loneliness they’ve clung to and allow light to illuminate every hidden truth.

I am a huge Becky Wade fan mostly  because she is one of those rare contemporary Christian romance novelists who can craft a good romance story without contriving something silly. My thoughts:

Genevieve’s secret. It’s a good one. And it’s one I’ve never encountered in a Christian novel before. I thought the author handled it perfectly. To the right people, it wasn’t a secret so there was no deception story-line going on here…and yet, the fact that certain people know, doesn’t make the book any less stressful at moments. Kudos to Wade for tackling an issue I think a lot of people have heard of or encountered at some point.

The back story. Genevieve has quite the backstory that is being told alongside the present. I could be wrong, but I think at least two people in the back story are going to get their own book. It took a minute to draw me in because I wasn’t sure of the point, but as I slowly got to know all the characters, I really liked where the road was leading.

The mystery. It was really fascinating because in some ways, you didn’t see it coming. I thought the story did a good job of untangling things to get where it got.

Spiritually, the novel deals with grace and what that looks like and how  you can’t earn it.

I will admit it took me a few more chapters than usual to get invested in this book. But once I was in, I was in.

Overall, I really enjoyed this book and I’m very nervous about the second one! But I’m still going to read it anyway!

**I received a copy from BethanyHouse via Netgalley. My opinion was not affected in any way.**