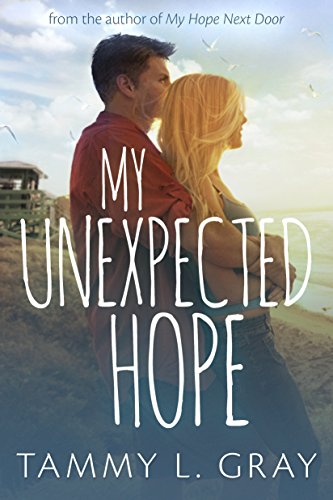 After a year of grieving her divorce and living a life permanently stuck on pause, Laila Richardson is finally ready to have her own happy ending. Then a listing for a quaint cottage in another town answers her prayers for a fresh beginning—one that will bring her closer to her new boyfriend, Ben. Unfortunately, in her small town of Fairfield, Georgia, letting go of the past is virtually impossible. No one wants to see her move on, including the man who destroyed her heart to begin with.

Chad Richardson has spent years in misery but finally has his life on somewhat stable ground. When he learns his ex-wife is dating, he knows it’s time to go back and fight for the life he abandoned. Bolstered by his newfound sobriety, Chad has every intention of winning back the woman he loves, even if that means facing old demons that are waiting for him to fail.

Passions run deep as two souls searching for a second chance find the courage to let go of old patterns. Can they recognize that their dreams are still possible, even when forged from a broken past?

I’ve been looking forward to this book since I read the first one. It’s not often you get a second chance romance like this one. Second chance romances rarely make sense to me, but this one did. Gray is able to convey the cost of addiction and what an addict’s life looks like so well (not that I know, but this felt real). I knew Gray would make me fall for Chad (even though I didn’t like him too much in the first book) and she did. Laila was awesome as well. I was worried about her dating someone else, but it somehow manages to work here. I loved seeing Katie again and learning about how she was doing. Spiritually, the novel was a bit vague at times. Laila goes to church and it’s clear God is important to her, but I wasn’t so sure about Chad right off. I will admit that there were moments were it felt like it was dragging a bit, but overall a very good read. I would read anything Tammy Gray writes. 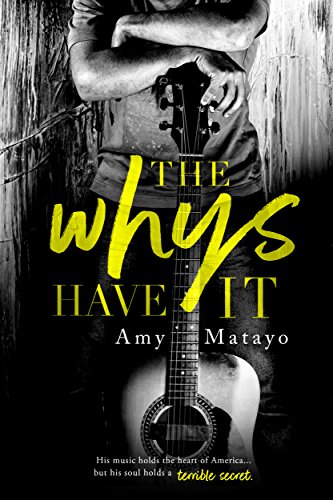 Chart topping pop musician Cory Minor has it all—fame, money, more women at his disposal than time to spend on them. He’s living the life most American men only dream of. Until an ordinary concert in Springfield threatens to destroy everything he’s worked for.
As he and his band leave the arena for his next show, Cory’s tour bus crashes into two teenage girls, killing one girl instantly and leaving the other barely clinging to life. Lawsuits are threatened, tabloids are talking, and Cory’s idyllic world falls apart. But what no one knows is that this scene is all too familiar. Because this isn’t the first accident Cory has caused. This isn’t the first time he’s destroyed someone else’s life to save his own.
It’s just the first time he’s had to face it head on.
Small town girl Samantha Dalton has no one—no mother, no father, and now no sister. She’s lost everything in a world that celebrates excess. So when Cory Minor shows up at her doorstep offering money and apologies, she turns him away too. You can’t lose what you don’t have, and she can’t take another letdown, especially not from someone who has managed to rip away all she had left. Samantha has been fine on her own for years, she’ll be fine now too.
At least that’s what she tells herself.
But Cory won’t leave. He’s persistent in the worst possible way.
Will Cory’s determination to make things right pay off in the end, or will Sam keep pushing him away until there’s nothing left to fight for? How can two people learn to rely on each other when life keeps hurting them both?

Amy Matayo is a fantastic author…but this book didn’t work for me. I loved the concept of a rock star and a regular person getting together. However, the book was really sad. There was a lot of death and mourning going on. Understandably of course, but it didn’t a happy book make. We had Sam who had lost everyone in her family and Cory who was really self-absorbed. Half the time Sam was cheering him up and trying to make life great for him. It just…kind of…bothered me. I did not care about Cory’s past or his problems. I was more concerned about Sam. I think Cory would have made a great hero like ten years from now when he matured. But as it stood, he just didn’t work for me. I would not marry that guy or advise anyone else to do so. There were too many times I wanted to say ‘dude, handle your business’. This one is probably more a clean romance than a Christian romance. 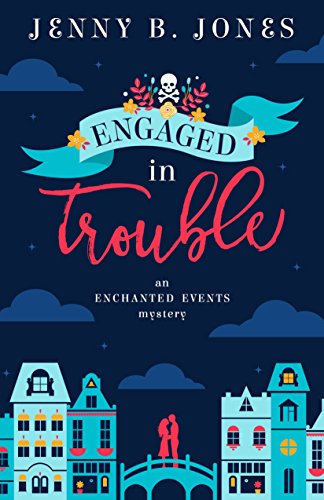 Paisley Sutton shot to stardom as a teenage rock sensation, but ten years later that star has fizzled out, just like her bank account. When she unexpectedly inherits her aunt’s wedding planning business, Paisley leaves the glamour of Los Angeles for a charming small town in Arkansas. Thinking she’ll arrive in Sugar Creek and liquidate the moldly property, Paisley’s shocked to find Enchanted Events has experienced a major makeover and is now the place for brides. She’s got two months to keep Enchanted Events afloat if she wants to sell and rekindle her music career with the profits.

Paisley’s tossed into a world of vows and venues, but her most difficult challenge comes in the form of one demanding bride. When this Bridezilla’s found facedown in her cake, all fingers point to Paisley as the prime murder suspect. And she does not look good in prison orange.

This former pop princess will need the help of her gun-toting, ex-CIA grandmother and her handsome neighbor, Beau Hudson, to unravel the mystery and clear her good name. As she and her unruly posse dig into Bridezilla’s life, she discovers the woman had a long list of enemies. The closer Paisley gets to the truth, the more her own life is in danger.

Love is in the air this wedding season, but before Paisley can help the ladies of Sugar Creek say, “I do,” she’s got to unveil a killer. Or find herself the next target.

You can’t really go wrong with a Jenny B. Jones novel. Especially if you want something happy and uplifting. Somehow she is able to discuss serious topics in a light-hearted way…sometimes too light-hearted. I did feel like the snark went a bit overboard at times, but overall I really loved Paisley and the idea of Paisley. The romance is cute, the mystery will keep your attention, the secondary characters become almost like family.  I do think I would have liked to know more about Beau. It’s not my favorite Jones book (hello Save the Date), but overall very cute. I will be reading the next one in this series. This probably falls in the category of more of a clean romance than a christian romance.