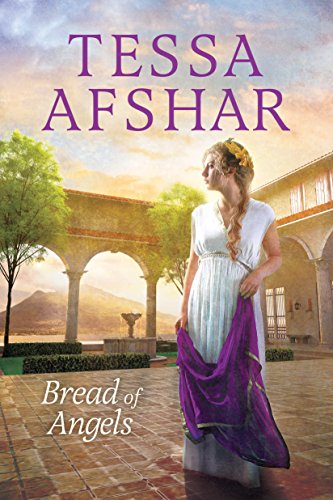 Purple. The foundation of an influential trade in a Roman world dominated by men. One woman rises up to take the reins of success in an incredible journey of courage, grit, and friendship. And along the way, she changes the world.

But before she was Lydia, the seller of purple, she was simply a merchant’s daughter who loved three things: her father, her ancestral home, and making dye. Then unbearable betrayal robs her of nearly everything.

With only her father’s secret formulas left, Lydia flees to Philippi and struggles to establish her business on her own. Determination and serendipitous acquaintances—along with her father’s precious dye—help her become one of the city’s preeminent merchants. But fear lingers in every shadow, until Lydia meets the apostle Paul and hears his message of hope, becoming his first European convert. Still, Lydia can’t outrun her secrets forever, and when past and present collide, she must either stand firm and trust in her fledgling faith or succumb to the fear that has ruled her life.

I’ve always enjoyed Tessa Afshar’s novels…which is saying a lot for me because I don’t generally enjoy Biblical fiction. I was super excited about this week. My thoughts:

Lydia. We first met Lydia in Land of Silence. It’s only for a minute, but we learn that purple fabric is her thing. I really liked Lydia. She’s caring, she’s loyal, she works hard, and she’s very smart. She goes through some tough times and even though it causes her to have doubts, it doesn’t cause her to give up. She’s also really fascinating. There is a romance, but it doesn’t appear until much later in the book. This managed to be one of those rare books where the romance was not needed. Lydia’s life was interesting all on it’s own. She was a character the reader could trust.

The story. There is not a ton of information known about Lydia in the Bible, thus Afshar creates a story for her. I loved it. Lydia became very real. We don’t know if she faced these kinds of struggles, but I felt like Afshar did a lot of research into how a woman at that time could become a successful business owner and even why she might not have a huge family. This story is based off a real person, but Afshar’s narrative really makes her come alive.

Secondary characters. There are quite a few secondary characters, but each one is rich and has his or her own back story. I liked the way they managed to come in and come out of Lydia’s life, making small but important influences on her.

Spiritually, Lydia is introduced to God through her Jewish friend and later comes to meet Jesus. Readers get to follow Lydia as she learns to pray and trust God and really learn who Jesus is.

Biblical incorporation. First, let me say that I didn’t have a problem with the way stories from the Bible were added into this novel. However, towards the end it didn’t feel as organic as I would have liked. It kind of felt like certain bullet-points had to be hit and so I kind of found myself skimming the parts of the story that were familiar to me as a Bible-reader.

The romance. I usually love Afshar’s romance, but this one didn’t quite work for me. The guy was fabulous. Lydia was fabulous. But again, since it comes up so late in the story it felt like the author felt compelled to have a romance and put one in there. I just wasn’t invested and I didn’t care if Lydia married or not.

Overall, a very good story and I look forward to reading more!