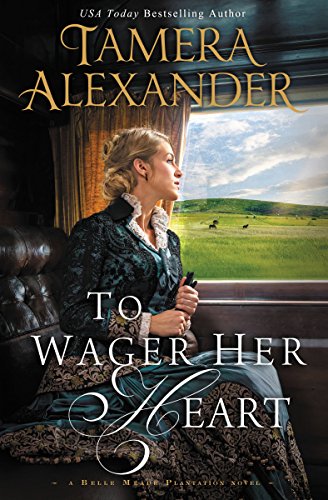 Sylas Rutledge, the new owner of the Northeast Line Railroad, invests everything he has into this venture, partly for the sake of the challenge. But mostly to clear his father’s name. One man holds the key to Sy’s success–General William Giles Harding of Nashville’s Belle Meade Plantation. But Harding is champagne and thoroughbreds, and Sy Rutledge is beer and bullocks.
Seeking justice . . .
Sy needs someone to help him maneuver his way through Nashville’s society, and when he meets Alexandra Jamison, he quickly decides he’s found his tutor. Only, he soon discovers that the very train accident his father is blamed for causing is what killed Alexandra Jamison’s fiancé–and has shattered her world.
Struggling to restore honor . . .
Spurning an arranged marriage by her father, Alexandra instead pursues her passion for teaching at Fisk University, the first freedmen’s university in the United States. But family–and Nashville society–do not approve, and she soon finds herself cast out from both.
Through connections with the Harding family, Alexandra and Sy become unlikely allies. And despite her first impressions, Alexandra gradually finds herself coming to respect, and even care for this man. But how can she, when her heart is still spoken for? And when Sy’s roguish qualities and adventuresome spirit smack more of recklessness than responsibility and honor?
Sylas Rutledge will risk everything to win over the woman he loves. What he doesn’t count on is having to wager her heart to do it.
Review
Tamera Alexander is an auto-buy author for me because I love the way she combines history with romance. My thoughts:
What I liked:
Sylas. From the moment he steps on the page he quickly becomes one of the most interesting characters of the novel. I love how he kind of fits that Old Western mold and at the same time breaks it. Whenever he was on the page I knew something interesting was going to happen.
Alexandra. I will admit that while I liked her character, it took me a while to really like her. However, by the end of the book I found myself completely in her corner.
Historical research. Alexander has a lot of historical events and people in this book. The author clearly does her research. Every historical aspect felt fully researched and learned from the way that the school for black Americans was run to the way that the main characters interacted with ‘real’ historical figures.
Mystery. There’s a bit of a mystery here, but interestingly enough, Alexander resolves it in a way that I hadn’t quite expected. Nevertheless it worked, because it felt real.
Spiritually, the characters learn to trust God even when the situation looks and feels hard.
What I didn’t like
I did feel like Sy and Alexandra were separated more than I would have liked.  One of the best things about an Alexander romance is that she does the friendship romance so well. It was done well here, but the characters did spend a lot of time a part.
Also, it kind of felt like Alexander had a list of historical events that she wanted to hit and she hit them…but it felt like a bit much at times. Sy and Alexandra met this famous person, they were a part of this famous event, they saw this historical event happen. I realize a lot was happening historically at that time, but I felt like all the things they were a part of took away from the story a bit.
Romantic scale: 8
Overall, while not my favorite Alexander book, a very satisfying read.
**I received a copy from Netgalley. My opinion was not affected in anyway.**