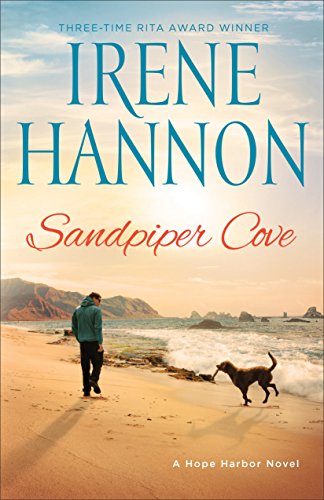 Hope Harbor police chief Lexie Graham has plenty on her plate raising her son alone and dealing with a sudden rash of petty theft and vandalism in her coastal Oregon hometown. As a result, she has zero time for extracurricular activities–including romance. Ex-con Adam Stone isn’t looking for love either–but how ironic is it that the first woman to catch his eye is a police chief? Yet wishing for things that can never be is foolish.

Nevertheless, when Lexie enlists Adam’s help to keep a young man from falling into a life of crime, sparks begin to fly. And as they work together, it soon becomes apparent that God may have a different–and better–future planned for them than either could imagine.

There’s something about an Irene Hannon novel that is comforting. She has solid characters, suspense, and a good message. My thoughts:

Characters. I have complained before that Irene Hannon’s characters kinda feel all the same to me. The only difference is that they face different circumstances. However, this book tosses that theory on its head. Instead of the police figure being a male, its a female. And instead of that male being the smart, intelligent, gun-toting person, he’s sweet, quiet and very hesitant. Adam is extremely beta while, dare I say it, Lexis is Alpha. It’s a very strange dynamic, and for the most part I liked it.

Mystery. This novel is not one of Hannon’s traditional mysteries. No one has been murdered here. No one was kidnapped. What we have is vandalism and pranks. And that’s ok. This is more character focused book, than plot driven. Yet, Hannon still makes me want to know who-done-it.

Romance. I loved the combination of an ex-con and a lady cop. It’s why I requested this book in the first place. I thought the author did a lovely job showing the characters falling for each other. They come from such different backgrounds that it was important to show how they were willing to cross them for each other. While I do wish Adam had been not quite so passive, overall I really enjoyed it.

Spiritually, the novel deals with forgiveness and grace and what that really looks like.

Adam Stone. Okay, I liked him. But there were times when he was a bit too beta. I know he was an ex-con and I could understand why he would be mellow, however, I wish the man had taken some pride in something. Lexie had to prop him up a bit too much. Also, I think it would have made him a richer character if we could have learned more about his crime. It was very vague. I get that the author wanted to focus on the now, but I found him so interesting I wanted more.

Overall, a very enjoyable read. Once I started it, I had no desire to finish it and I love the risk the author took, by presenting a very unique couple.