I haven’t done one of these in a while! Here are some books to look forward to:

In a small Georgia town where racial tensions run high and lives are at stake, can one lawyer stand up for justice against the tide of prejudice on every side?

Adisa Johnson, a young African American attorney, is living her dream of practicing law with a prestigious firm in downtown Atlanta. Then a split-second mistake changes the course of her career.

Left with no other options, Adisa returns to her hometown where a few days earlier a white police officer shot an unarmed black teen who is now lying comatose in the hospital.

Adisa is itching to jump into the fight as a special prosecutor, but feels pulled to do what she considers unthinkable—defend the officer.

As the court case unfolds, everyone in the small community must confront their own prejudices. Caught in the middle, Adisa also tries to chart her way along a path complicated by her budding relationship with a charismatic young preacher who leads the local movement demanding the police officer answer for his crime.

This highly relevant and gripping novel challenges us to ask what it means to forgive while seeking justice, to pursue reconciliation while loving others as ourselves. 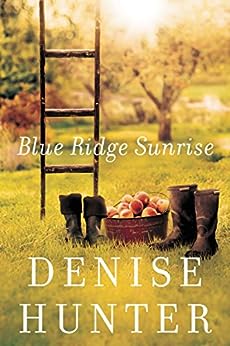 Former free spirit Zoe Collins swore she’d never again set foot in Copper Creek or speak to the man who broke her heart. But return she must when her beloved Granny dies, leaving the family legacy to Zoe–a peach orchard nestled at the base of the Blue Ridge Mountains.

When Zoe returns home with her daughter and boyfriend Kyle, she finds that she’s the only person in town who doesn’t expect her to give up the life she’s established far away from Copper Creek. Everyone believes she was born to run the orchard, but how can she make it her home after so many years?

Cruz Huntley never quite got over his first love Zoe Collins, the little sister of his best friend Brady. Not when she cheated on him during their “break,” not when she took off to parts unknown with good-for-nothing Kyle Jenkins, and not even now—five years later.

As life-changing decisions and a history with Cruz hang over Zoe’s head, tensions rise between her and Kyle. Even as she comes to terms with the shifting relationships in her life, Zoe still isn’t sure if she can remain in Copper Creek with her new responsibilities . . . and her first love. 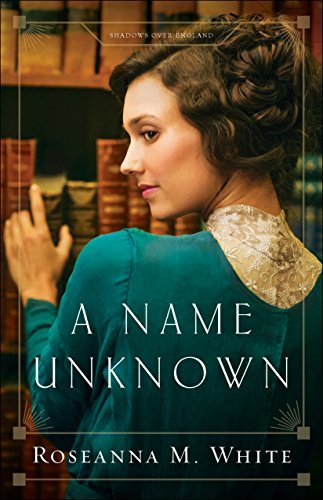 Rosemary Gresham has no family beyond the band of former urchins that helped her survive as a girl in the mean streets of London. Grown now, they concentrate on stealing high-value items and have learned how to blend into upper-class society. But when Rosemary must determine whether a certain wealthy gentleman is loyal to Britain or to Germany, she is in for the challenge of a lifetime. How does one steal a family’s history, their very name?

Peter Holstein, given his family’s German blood, writes his popular series of adventure novels under a pen name. With European politics boiling and his own neighbors suspicious of him, Peter debates whether it might be best to change his name for good. When Rosemary shows up at his door pretending to be a historian and offering to help him trace his family history, his question might be answered.

But as the two work together and Rosemary sees his gracious reaction to his neighbors’ scornful attacks, she wonders if her assignment is going down the wrong path. Is it too late to help him prove that he’s more than his name? 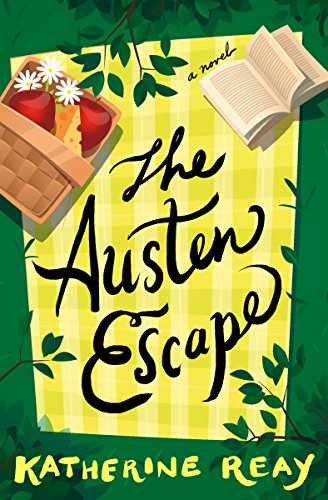 After years of following her best friend’s lead, Mary Davies finds a whimsical trip back to Austen’s Regency England paves the way towards a new future.

Mary Davies lives and works in Austin, Texas, as an industrial engineer. She has an orderly and productive life, a job and colleagues that she enjoys—particularly a certain adorable, intelligent, and hilarious consultant. But something is missing for Mary. When her estranged and emotionally fragile childhood friend Isabel Dwyer offers Mary a two-week stay in a gorgeous manor house in Bath, Mary reluctantly agrees to come along, in hopes that the holiday will shake up her quiet life in just the right ways. But Mary gets more than she bargained for when Isabel loses her memory and fully believes that she lives in Regency England. Mary becomes dependent on a household of strangers to take care of Isabel until she wakes up.

With Mary in charge and surrounded by new friends, Isabel rests and enjoys the leisure of a Regency lady. But life gets even more complicated when Mary makes the discovery that her life and Isabel’s have intersected in more ways that she knew, and she finds herself caught between who Isabel was, who she seems to be, and the man who stands between them. Outings are undertaken, misunderstandings play out, and dancing ensues as this triangle works out their lives and hearts among a company of clever, well-informed people who have a great deal of conversation. 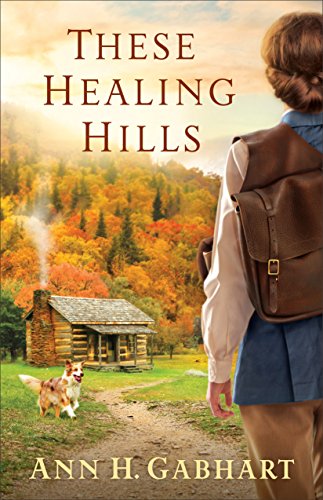 Francine Howard has her life all mapped out until the soldier she planned to marry at WWII’s end writes to tell her he’s in love with a woman in England. Devastated, Francine seeks a fresh start in the Appalachian Mountains, training to be a nurse midwife for the Frontier Nursing Service.

Deeply affected by the horrors he witnessed at war, Ben Locke has never thought further ahead than making it home to Kentucky. His future shrouded in as much mist as his beloved mountains, he’s at a loss when it comes to envisioning what’s next for his life.

When Francine’s and Ben’s paths intersect, it’s immediately clear that they are from different worlds and value different things. But love has a way of healing old wounds . . . and revealing tantalizing new possibilities.

There’s a lot to look forward to and this is only scratching the service!