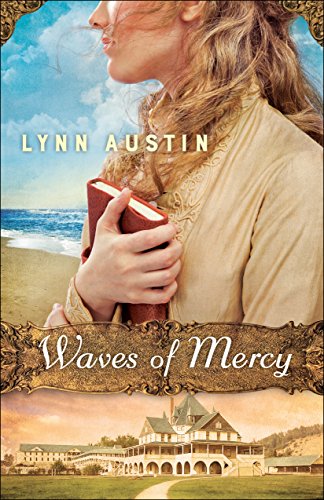 Geesje de Jonge crossed the ocean at age seventeen with her parents and a small group of immigrants from the Netherlands to settle in the Michigan wilderness. Fifty years later, in 1897, she’s asked to write a memoir of her early experiences as the town celebrates its anniversary. Reluctant at first, she soon uncovers memories and emotions hidden all these years, including the story of her one true love.

At the nearby Hotel Ottawa Resort on the shore of Lake Michigan, twenty-three-year-old Anna Nicholson is trying to ease the pain of a broken engagement to a wealthy Chicago banker. But her time of introspection is disturbed after a violent storm aboard a steamship stirs up memories of a childhood nightmare. As more memories and dreams surface, Anna begins to question who she is and whether she wants to return to her wealthy life in Chicago. When she befriends a young seminary student who is working at the hotel for the summer, she finds herself asking him all the questions that have been troubling her.

Neither Geesje nor Anna, who are different in every possible way, can foresee the life-altering surprises awaiting them before the summer ends.

Lynn Austin is a dicey author for me. There are some books of hers I absolutely love. I have read and reread and recommended and still think about some of her books. And there are one or two I try to actively forget I ever looked at. This was, unfortunately, one of those.

What I liked about the book:

Ms. Austin manages to weave not only history throughout the book in an effortless way, but an entire culture. It never feels forced or fake (at least no on my end) when she talks about Dutch history.

Anna and Derk have some real issues that they must deal with that show how difficult it can be to make a decision for God sometimes. To compromise or not to compromise….I thought the author did a fantastic job of setting up the problems and how to face them.

There’s a little mystery of who Anna is. While you figure it out rather soon, it was still very engaging. I was definitely reading the book for the big reveal.

Where to start….I have read many Christian novels. Some make you want to put the book down and just spend some time with Jesus. They make me think, if I wasn’t saved, I would get saved. And then others…others make you feel like Christians are such losers no matter which way you slice it. This one was the latter. Greeje experienced so many tragedies and was supposed to be this great woman of faith. I’m not saying she wasn’t, but this just didn’t work for me. There was no joy, very little peace. I felt like these people got saved to go to heaven and avoid hell (not that that is wrong, per se), but her faith lacked a relationship with Jesus. I don’t know, it just really bothered me.

There’s a bit of a summary when Greeje tells her story…which means there’s a distance for the reader. A lot of the times, I didn’t care what happened to Greeje because she felt so far away as a character.

When I finished this book, my first thought was grab another so I can forget this one and be happy again.

So, not my favorite book at all. I didn’t care for the message, and I don’t want to say anymore so I don’t spoil things, but no. Just no.

** I received a copy from Netgalley. My opinion is not affected in anyway.**