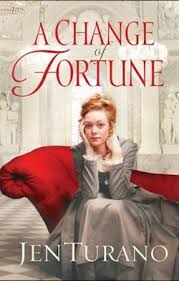 Lady Eliza Sumner is on a mission. Her fortune was the last thing she had left
after losing her father, her fiance, and her faith. Now, masquerading as Miss
Eliza Sumner governess-at-large, she’s determined to find the man who ran off
with her fortune, reclaim the money, and head straight back to London.

Mr. Hamilton Beckett, much to his chagrin, is the catch of the season,
and all the eyes of New York society–all the female ones, at least–are on him.
He has no plans to marry again, especially since his hands are full keeping his
business afloat while raising his two children alone.

Eliza’s hapless
attempts to regain her fortune unexpectedly put her right in Hamilton’s path.
The discovery of a common nemesis causes them to join forces and, before she
knows it, Eliza has a whole retinue of people helping her. Eliza’s determination
not to trust anyone weakens when everyone’s antics and bumbling efforts to
assist her make her wonder if there might be more important things than her
fortune and independence.

When all of Hamilton’s and Eliza’s best-laid
plans fall by the wayside, it will take a riot of complications for them to
realize that God just might have had a better plan in mind all along.

I really enjoyed reading this novel, though I will say to some degree it wasn’t what I expected. I think I expected more women chasing Hamilton, but that didn’t really happen in this novel . However, there was an honesty and openness to this novel that I just simply found refreshing. Sometimes deceit gets a little old. The slight mystery and suspense was enough to keep me turning the pages and I enjoyed the view given of New York Society. I did think that the women were a bit ahead of their times in this novel and with no real explanation as to why. Also, things had a tendency to happen quickly (friendships were forged fast, offenses forgiven quickly). That said, I did very much enjoy the relationship that unfolded between Hamilton and Eliza. I think this is one novel that moved past physical attraction and made it to a solid friendship. Spiritually, Eliza and Hamilton have to learn to trust God after they go through some trying times. Overall, a good book and I look forward to the next one by this author.

**I recieved this novel from BethanyHouse Publishers. My opinion was not affected in any way.**