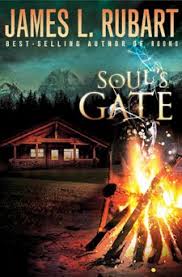 What if you could travel inside another person’s soul? To battle for them. To be part of Jesus healing their deepest wounds. To help set them free to step boldly into their divinely designed future.

Thirty years ago that’s exactly what Reece Roth did. Until tragedy shattered his life and ripped away his future.

Now God has drawn Reece out of the shadows to fulfill a prophecy spoken over him three decades ago. A prophecy about four warriors with the potential to change the world . . . if Reece will face his deepest regret and teach them what he has learned.

They gather at a secluded and mysterious ranch deep in the mountains of Colorado, where they will learn to see the spiritual world around them with stunning clarity—and how to step into the supernatural.

Their training is only the beginning. The four have a destiny to pursue a freedom even Reece doesn’t fully fathom. But they have an enemy hell-bent on destroying them and he’ll stop at nothing to keep them from their quest for true freedom and the coming battle of souls.

Whew, what a book! When I finished it I had to go and spend some time in prayer, it was just that kind of book. The novel drew me in with the first mention of prophecy and four warriors and unravels slowly as though you’re peeling an onion and trying to get to the center. I will admit that at first, the warriors were not what I expected, but then you get to see them develop over time. Honestly, though, this reads and feels like a novel that is just laying the foundation as the beginning (and the cover says that it is book 1). I am interested to see what the four go on to do. Spiritually, this novel really dealt with the spiritual world and I love how Mr. Rubart emphasizes reading the whole Bible and not just staying on the cookie cutter parts. While, I think, traveling in people’s souls most likely literally isn’t done, if there is one thing I learned from this book, it is that you can’t limit God who created everything. I really enjoyed this novel. Mr. Rubart doesn’t really write the romance novels that I love, but he is simply a fantastic author and not to be missed!