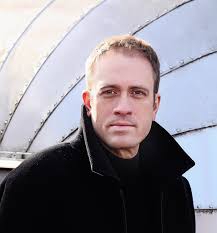 When writing a mystery/crime novel, for you, what comes first: the crime, the villain, or how it is solved?
I’d say probably the crime. Sometimes as I’m gathering ideas for a new book, I’ll think of a creepy scene and work on that for a little bit, fleshing it out, without knowing exactly who will be in it or what that villain will be like.
That said, since I’m writing a series, there are some villains that overlap from book to book, and in those cases I would have that person in mind when I shape the scenes. I kind of enjoy that since I already know what that villain might think or how he would act. I like brainstorming some of the most disturbing things I can think of and then bringing them into the books. This really is a weird life.
The last thing I come up with when writing a novel is how to solve a crime. I try to create impossible crimes and then eventually solve them in a way no one would expect, but will still be satisfied with. That’s hard and it takes me a long time, often as much as a year, to figure out how to solve them. It’s wild.

Opening Moves is your sixth novel with Patrick Bowers, does his character become easier or harder to write with each book?
Easier, yes. Imagine spending several hours a day with someone for six years. You’d be able to anticipate pretty well how that person would react to different situations. That’s the way it is with Bowers. I know him pretty well by now. However, the books don’t seem to get any easier because I keep learning more about writing and end up being more and more critical of myself and having to go through more drafts until I reach the final product, so there are challenges and payoffs from doing this over a number of years.

Patrick Bowers brings a unique platform to the crime novel table, in the sense that he specializes in geographic profiling. What made you choose this area of expertise?
I was doing research on different investigative techniques, and I kept seeing information on the same thing—forensics, profiling, traditional investigative approaches. I didn’t want to do what everyone else was so when I stumbled across geospatial investigative techniques, it was a perfect fit.
Bowers doesn’t look for means, motive or opportunity, doesn’t have anything to do with DNA, and hates profiling. This all makes him unique, and I think that’s one of the things that attracts readers to the series.

Having read Opening Moves, I was left with the desire to pray for the protection of my family as well as to pray for those people, who, as we speak may be at the mercy of some very sick and evil person. What is the message that you want people to leave with when they finish Opening Moves?
I don’t really start a book with a message in mind, but more of a dilemma or a question. In this case I wanted to explore the themes of sin and redemption in regard to some pretty violent crimes. Specifically I was asking myself “At what point do we become accountable for our choices?” I found that it wasn’t an easy question, and I’m still not sure I know what my answer to it is.

So I was very excited to learn that there will be another Patrick Bowers book coming out next year called The King, but you have a new protagonist debuting in November in the novel Placebo. Is there anything you can share about that?
Jevin Banks is one of the world’s greatest illusionists and escape artists. In this first book in the series he uncovers a pharmaceutical firm conspiracy and has to use all of his skills to try and stop an assassination attempt. These books have a different feel than the gritty suspense of the Bowers books. The Jevin Banks novels are more science thrillers. It’s been fun to create another fictional world, one that I can move back and forth from. Who knows where this one will lead.

Thank you Mr. James! Check out my review of Opening Moves:https://remaininhislove.com/2012/09/11/steven-james-opening-moves/