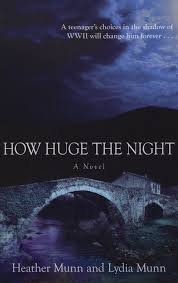 Fifteen-year-old Julien Losier just wants to fit in. But after his family moves to a small village in central France in hopes of outrunning the Nazis, he is suddenly faced with bigger challenges than the taunting of local teens.

This was such a good book! But then again I like reading about the World War II era and I love the south of France (I lived there for a semester). Julien is angry with his family for moving from Paris to the south of France. He doesn’t know anyone. On top of that, his parents take in a Jewish boy his age and though Nazis are not welcome in France, Jews are not exactly popular people at the moment. He feels that his humiliation is complete. This book is so complex and so interesting, I wish there was a book two. First layer: his parents survived WWI and they bring their own fears to the table, Second, Julien has to deal with bullies of the first rate. Third, Julien has to try not to become a bully himself toward the boy in his home. Fourth, Hitler is invading. Five, there is a subplot with a girl and her brother (Jewish) trying to find safety. So good. This book is about friendship as there is no real romance in the story, but you still can’t put it down. Julien has to learn to treat people the way God would have them be treated–which is hard to do on so many levels (especially in his era!), but his character is so complex and so real you can’t help but love Julien. Highly Recommended!