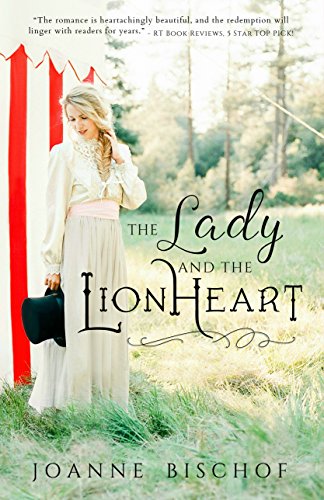 Raised amid the fame and mystique of the Big Top, Charlie Lionheart holds the audience in the palm of his hand. But while his act captivates thousands, it’s away from the spotlight where his true heart lies. Here he humbly cares for his pride of lions as if they were his brothers, a skill of bravery and strength that has prepared him for his most challenging feat yet—freeing an orphaned infant from the dark bondage of a sideshow. A trade so costly, it requires his life in exchange for hers, leaving him tarnished by the price of that choice.

As the circus tents are raised on the outskirts of Roanoke, nurse Ella Beckley arrives to tend to this Gypsy girl. All under the watchful eye of a guardian who not only bears a striking resemblance to the child, but who protects the baby with a love that wraps around Ella’s own tragic past, awakening a hope that goodness may yet reign. When their forbidden friendship deepens, Charlie dares to ask for her heart, bringing her behind the curtain of his secret world to reveal the sacrifice that gave hope to one little girl—boldly showing Ella that while her tattered faith is deeply scarred, the only marks that need be permanent are his own.

This book has been on my radar for a while now since it won a lot of awards when it came out. I will admit that the circus background was a bit off-putting to me, so in spite of the fact that I had this book, I put off reading it for a while. My thoughts:

Setting. I cannot pin down the reason as to why the circus as a background was not initially exciting to me, but it wasn’t. With that said, I really enjoyed being at the circus in this book. Our heroine, Ella, is not any more familiar with the circus than I was, so I liked being exposed to the workings of the circus and seeing it all through her eyes. The author really brings to life the animals, the people, the costumes, the excitement, and even some of the magic of the circus. She also brings forth some of the dark elements of the circus—especially circuses in the 19th century which appear to have been largely unregulated.

Charlie Lionhart. Truly his name fits his character. Charlie is very lionhearted in so many ways. For one, he’s remarkably attached to the lions in the circus. For two, when he loves, he loves big. He includes everybody and he holds nothing back. Charlie was also trustworthy hero because he was a sacrificing hero. There was very little he did in the book for the purpose of just pleasing himself. Honestly, he carried the story. Charlie Lionhart was so fascinating that I found myself reading to find out more about him. That said, he was a little odd. I liked him, I appreciated him, but…if he was real person he probably would have drove me crazy. Kudos to the author for making such a vibrant character.

Beauty and the Beast. Beauty and the Beast is my favorite fairytale of all times and I knew before reading this book that there were elements of it in this story. While not completely consistent with the theme of Beauty and the Beast, it was close enough that I could appreciate what the author was doing. She managed to put her own spin on a familiar tale in a new way.

Spiritually, the novel deals with forgiveness and sacrificial love (i.e. the love of Jesus) and really portrays the two in lovely ways.

Ella. Let me just say that for the most part, she was a very good heroine encompassing all of the positive traits: kind, thoughtful, loving, etc., but she would have these moments where she made everything about her. Quite a few times, I wanted to give the girl a good shake and be like this moment, this event, is not about you.

Overall, I enjoyed this book. It was different, but in a good way.