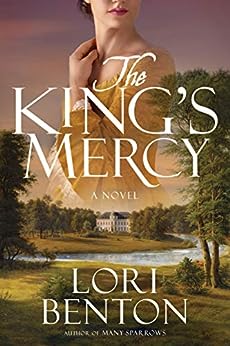 When captured rebel Scotsman Alex MacKinnon is granted the king’s mercy–exile to the Colony of North Carolina–he’s indentured to Englishman Edmund Carey as a blacksmith. Against his will Alex is drawn into the struggles of Carey’s slaves–and those of his stepdaughter, Joanna Carey. A mistress with a servant’s heart, Joanna is expected to wed her father’s overseer, Phineas Reeves, but finds herself drawn instead to the new blacksmith. As their unlikely relationship deepens, successive tragedies strike the Careys. When blame falls unfairly upon Alex he flees to the distant mountains where he encounters Reverend Pauling, itinerate preacher and friend of the Careys, now a prisoner of the Cherokees. Haunted by his abandoning of Joanna, Alex tries to settle into life with the Cherokees, until circumstances thwart yet another attempt to forge his freedom and he’s faced with the choice that’s long hounded him: continue down his rebellious path or embrace the faith of a man like Pauling, whose freedom in Christ no man can steal. But the price of such mercy is total surrender, and perhaps Alex’s very life.

I’m a huge fan of Lori Benton (even if I quibbled a bit…ok so a lot with her last book). I love the way she combines history and storytelling and complex characters to create a layered novel. My thoughts:

Alex. He’s a man of conviction and honor. He’s handed a pretty rough deal from the beginning of the book and my heart immediately went out to him. I found him completely fascinating and I enjoyed being in his head…even when he made mistakes.

Joanna. She’s a bit naive and tad bit passive at moments, but she still managed to come across as a heroine who cared (which I actually think can be difficult when your main character lives on a slave plantation). She’s a perfect foil to Alex who at times tries very hard not to care.

Plot-wise, a lot happens in this book. There is constantly something new so that the story never quite slows down.

The romance was something I found to be very sweet and one that made sense even with the class differences between the main characters.

Historically, it was lovely. You learn a lot about the Scottish rebellion against England, about indentured servitude in America, about slavery and the American Indians. At no point, did I feel like Benton entered lecture-mode. Everything she shows the reader, she does with a deft hand.

Secondary characters. Benton created richly layered characters who had their own stories and their own dreams. Alex and Joanna are not the only interesting characters in the book that I wanted to spend time with. Typically, I am not a fan of the main characters being apart in a novel, but in this one, I didn’t mind so much because of the other stories being told alongside theirs (for the most part).

Spiritually, I caught on to the story the author was telling two seconds before I read the Author Note, but once I realized where she was going, I was able to appreciate the story she was telling. There is a big theme of forgiveness here…and surrendering.

The “bad guy” is very obvious in a lot of different ways. I kept waiting for some kind of twist, but there isn’t one.

As the blurb states, Alex goes to live with the Cherokees at some point in the narrative. I will admit that after a while, I began to skim this part. There was a lot going on there and at times it didn’t feel relevant to the narrative (like I get what was going on there…character arc and development, etc., etc., but I was ready to move past it).

This is a more personal problem I had and that is this: while I get the comparison Benton was trying to make between being an indentured servant and a slave, they are not the same thing. At all. Indentured servants came to the table with a history behind them that gave them certain skills and mindsets that a slave didn’t have (especially if they were born into it), a specific deadline, and the ability to put their servanthood days behind them. That is not how slavery functioned in America, so you can miss me with that comparison. Yes, their time was not their own, but seven lousy years is better than a lifetime and broken families. I found myself rolling my eyes a bit at Alex. His life was rough, and he felt the ties of service keenly as he didn’t ask for it, but he wasn’t a slave. That is all.

Overall, I enjoyed this book (it did feel very similar to Laura Frantz’s An Unbound Heart which also came out this year though they are very different books). Lori Benton is quite the storyteller and she weaves together facts and fiction so well that I think I will always read her books even if I don’t love every single one of them. She’s a gifted writer and I can’t wait for the next Lori Benton novel!

**I received a copy from Waterbrook through Netgalley. My opinion was not affected in any way.**