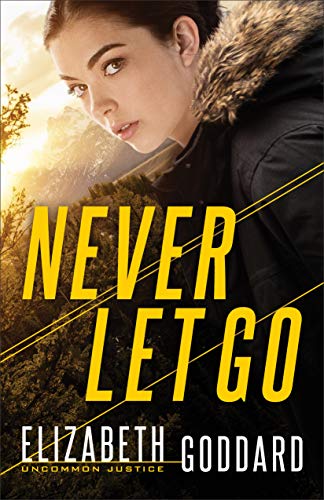 As a forensic genealogist, Willow Anderson is following in her late grandfather’s footsteps in her quest for answers about a baby abducted from the hospital more than twenty years ago. The case may be cold, but things are about to heat up when someone makes an attempt on her life to keep her from discovering the truth.

Ex-FBI agent–and Willow’s ex-flame–Austin McKade readily offers his help to protect the woman he never should have let get away. Together they’ll follow where the clues lead them, even if it means Austin must face the past he’s spent much of his life trying to forget. And even if it puts Willow’s tender heart at risk.

In this fast-paced and emotional page-turner, bestselling author Elizabeth Goddard keeps the stakes high, the romantic tension sparking, and the outcome uncertain until the very end.

This was my first book by Elizabeth Goddard. I just so happened to be in the mood for a good old-fashioned mystery, so I decided to give her a try. So glad I did!

Willow and Austin. They were very uncomplicated characters. Willow is hurting and quite frankly, being hunted, but she’s very strong and resilient. She was going to solve this case with or without Austin. And yet, if Austin was willing to help, she wasn’t going to be so stubborn as to resist it.  Austin has a lot going on mentally, but I enjoyed going on the journey with him of letting it all go. Romantically, I think the best thing about them is the fact that they already dated and broke up. They already know the other person’s flaws. It just made the romance so much easier because instead of running from their issues, they were very honest and forthright with each other (though it takes a bit of time to get there).

The plot. I really liked the idea of forensic genealogy. It presents a totally different way of approaching mysteries. Even learning how their work is done was fascinating. On top of that, this story not only had a major mystery that needed to be solved, it had a mystery within a mystery, and secrets within secrets. It made for a quick read and a solid page-turner.

Relationships. In the second half of the book, Austin has to reconcile with his past and I actually found the dynamics of his family to be as interesting as the romance. I’m definitely curious about the third brother.

Wyoming. I’ve never been there. I’m not sure what it looks like, but the author really makes the area come to life. In some scenes, it almost becomes a character.

Spiritually, both characters believed in God and prayed often.

The case that Willow and Austin are solving is a cold case. Supposedly, it was so difficult to crack, the FBI couldn’t do it and neither could any other private investigators. However, once you realize how all the pieces come into play, I’m not sure the case was all that difficult…

All in all, several things were played up as very serious (and they were serious, but…) or very difficult, but once you found out what was happening, it was a bit underwhelming.

Overall, a very good, fun to read book. I’m looking forward to the rest in the series!

**I received a copy from Revell. My opinion is my own.**