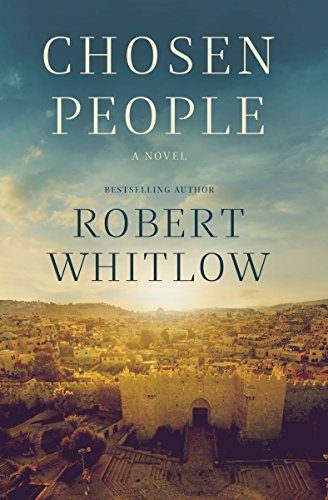 During a terrorist attack near the Western Wall in Jerusalem, a courageous mother sacrifices her life to save her four-year-old daughter, leaving behind a grieving husband and a motherless child.

Hana Abboud, a Christian Arab Israeli lawyer trained at Hebrew University, typically uses her language skills to represent international clients for an Atlanta law firm. When her boss is contacted by Jakob Brodsky, a young Jewish lawyer pursuing a lawsuit on behalf of the woman’s family under the US Anti-Terrorism laws, he calls on Hana’s expertise to take point on the case. After careful prayer, she joins forces with Jakob, and they quickly realize the need to bring in a third member for their team, an Arab investigator named Daud Hasan, based in Israel.

To unravel the case, this team of investigators travels from the streets of Atlanta to the alleys of Jerusalem, a world where hidden motives thrive, the risk of death is real, and the search for truth has many faces. What they uncover will forever change their understanding of justice, heritage, and what it means to be chosen for a greater purpose.

I always look forward to a release from Robert Whitlow. I know I can count on a book that has a solid legal foundation, a fascinating plot, and an author who spends time with God. This book was no different. My thoughts:

The topic. Specifically, the international legal aspect of it. Kudos to Whitlow for stepping out of America. You’ve got Hana who is Arab but grew up in Israel and now lives in America and Jacob who has a Russian background and is Jewish who also lives in America. At some point they both make it to Israel. And yet, at no time, did the story Whitlow was telling feel overwhelming. You would think with Arabs and Jews, Israel and Palestine, terrorists and lawsuits, America and Israel that you would easily get lost in the details. You don’t. Whitlow handles it all very smoothly.

The characters. Each one is well-defined, from a restaurant owner to Hana, the main character. Whitlow really takes the time to flesh out every character on the page. No one is a caricature. I was especially drawn to Hana. She’s intelligent and bold and yet still somehow very much reflects that modest middle east upbringing. She’s not perfect, but she always has a reason for doing what she does. I was also very fond of Jacob. In spite of his Russian-Jewish background, there’s something very All-American about him…which makes him easy to like.

Romance. Though the romance is light, I like the way it was handled. There are a few surprises here!

As always, the legal nature of the case. As a lawyer, I don’t need my legal thrillers to be exact, but they have to be logical. With Whitlow, I never doubt that he knows his stuff.

Descriptions. At one point (or two) Israel is visited in the novel. Whitlow describes everything, from the sites to the food to the language to the people. I am almost certain the man has spent time there. Israel comes to life on the pages.

A different look. I’m pretty sure everyone who has lived long enough has an opinion about the Israeli-Palestine conflict. By making his main character an Arab Christian, Whitlow presents a very different look at the Middle East Conflict and it’s one worth learning about.

Spiritually, I love the way Whitlow always emphasizes the importance of prayer and dreams.

There were, at times, too many details and not necessarily about the case. This book had almost flash points of something really interesting happening and then low points where a character’s day is described in nuanced detail. There were quite a few moments where scenes felt drawn out. I often found myself skimming so I could get to the action.

Overall, if Whitlow is your kind of author, don’t miss out on this book! You learn so much and will enjoy it while you do.

I received a complimentary copy of this book from Thomas Nelson through NetGalley. Opinions expressed in this review are completely my own.