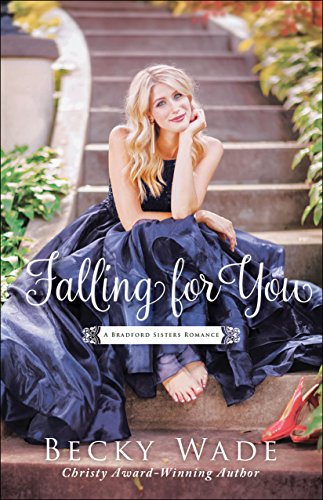 Famously beautiful model Willow Bradford is taking a temporary break from her hectic schedule to work as the innkeeper at her family’s small-town bed-and-breakfast. She was enjoying the peace of her hometown, Merryweather, Washington, right up until she came face-to-face with Corbin Stewart, the man she loves to hate. A thoughtful rule-follower by nature, Willow threw caution to the wind four years ago when she entrusted her heart to Corbin–and suffered the consequences when it all fell apart.

Former NFL quarterback Corbin is forceful, charming, and accustomed to getting what he wants . . . except where Willow Bradford is concerned. Unable to forget her, he’s never stopped regretting what happened between them. When their paths unexpectedly cross again, he’s determined to make her give him a second chance.

When a decades-old missing persons case finds Corbin and Willow working together, they’re forced to confront their past and who they’ve become–and whether they can risk falling for one another all over again.

I’m a huge fan of Becky Wade. Ever since I read My Stubborn Heart in a matter of hours at a bookstore, I’ve always been excited about her novels. My thoughts:

Willow and Corbin. Since I had read the first book, I was aware of the fact that there was a history between Willow and Corbin…and one where that led to them not liking each other. I will admit to being worried that the reason they weren’t together was because of something silly. There is no reason to worry. It completely made sense to me why they were so angry with each other in the beginning. The romance was handled with a deft hand and even though Willow and Corbin almost hate each other in the beginning, you slowly begin to see them fall for each other. It was lovely.

Contemporary. This book dealt with contemporary issues and concerns. Everything that they encountered and discussed felt real. I love that Wade can write a contemporary christian book without avoiding certain topics and without inventing problems.

Mystery. The small mystery that Willow and Corbin are solving was rather fascinating. While some of it was predictable, I still found myself invested in every layer that was revealed.

Secondary characters. I love Willow’s sisters and I’m so excited for the next book. Also, I’m not a huge fan of kids in books, but Corbin’s niece stole the show several times.

Spiritually, the novel deals with forgiveness and not just forgiving others but forgiving yourself.

It was actually very difficult for me to put my finger on what didn’t quite work for me (and not everything worked), but I think it’s that this book is…a bit slow. It’s very character driven (which I usually really love) as opposed to plot driven and so sometimes that meant that things moved along in such a way that made me wonder where it was going.

Also, even though the romance did not quite fall under the category of ‘missionary dating,’ it felt like missionary dating. There were moments I wasn’t sure why they were spending so much time together if they weren’t exactly on the same page when it came to certain…things.

Overall, I did enjoy this book. It was different, but if you like Becky Wade and contemporary romance, worth reading.