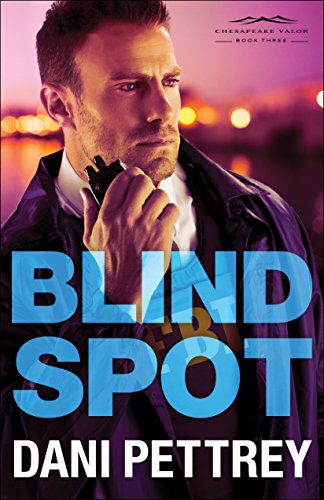 FBI agent Declan Grey is in the chase of his life–but isn’t sure exactly what he’s chasing after. Threatened by a terrorist that “the wrath is coming,” Grey fears something horrible is about to be unleashed on American soil. When his investigation leads him to a closed immigrant community, he turns to Tanner Shaw to help him. She’s sought justice for refugees and the hurting around the world, and if there’s anyone who can help him, it’s Tanner.

Tanner Shaw has joined the FBI as a crisis counselor . . . meaning she now has more opportunity to butt heads with Declan. But that tension also includes a spark she can’t deny, and she’s pretty sure Declan feels the same. But before anything can develop between them, they discover evidence of a terror cell–and soon are in a race against the clock to stop the coming “wrath” that could cost thousands their lives.

I’m always excited when a Dani Pettrey novel comes out. She always manages to combine romance, a big family (whether biologically related or not) and a good mystery. My thoughts:

Plot driven. It’s not often I read a plot driven novel, but this one is definitely that. There is a lot going. Almost on every page there’s a revelation or someone being shot or something random happening. It’s a very quick-paced book that makes for a quick read.

Tanner and Declan. We’ve been getting tidbits about them from previous novels and so it was nice to get them on the page. I liked what I read, I only wished I could have learned more (see below).

The cast of characters. Pettrey has created a nice mix of main and secondary characters who have their own talents and gifts and quirks. They come together and feel like family.

The way the book ended. That was a lovely cliffhanger ending. I’ve been waiting for it since book one and I’m very excited to see where the author takes things.

Spiritually, the novel has characters who pray and seek God’s direction throughout the novel.

Mystery. There are two mysteries in this book. There’s a murder/stealing one and there’s an international one that has been carried over from the last book. The problem was that I didn’t remember the details of the last book. I felt a bit lost in the latter mystery and it took me a while to find my footing or really care. And when I don’t care about a mystery I fall back on the characters. But that lead me to another problem…

Too many characters. I like all of the characters that Pettrey has in the series. The problem though, was that the main characters, Declan and Tanner, really kind of suffered here. Obviously if you’ve been reading the series, then as a reader you’ve been introduced to them already, however, I was fully expecting to get behind the surface of them. Instead, I maybe learned one or two new things about them and the everything else was superficial. But the reason for this I thought was because the author was too busy telling other people’s stories…people who already had their own books. I wanted more Declan and Tanner (who is not American born so why is her name Tanner??).

Which leads me to my last problem, the romance.  I didn’t get to know who Declan and Tanner are (ok we learn an interesting tidbit about Tanner and then that’s it. No more. Nothing about her family or culture). Having read the other books, I felt like Declan and Tanner got the short end of the stick in the telling of their story.

Overall, a very good, quick read. I felt like I was watching an hour of mystery on tv. I would have wished for more fleshed out characters…to learn why they think the way they do or tick a certain way and I felt like I didn’t get that with this one. Nevertheless, I am sure most people won’t have the hangups I did. Looking forward to the fourth one!