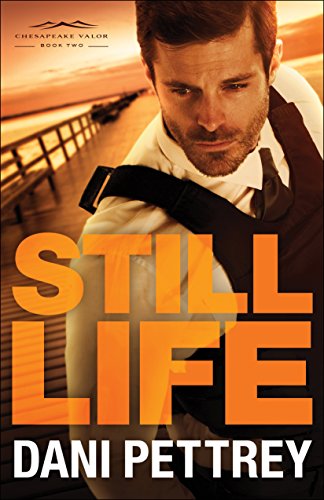 Blacklisted in the photography business over a controversial shot, Avery Tate answered an ad for a crime scene photographer. She expected to be laughed at, but crime scene analyst Parker Mitchell hired her outright–and changed her life. But six months ago, when her feelings for Parker became too strong, she left his employ to sort out her heart.

Now, for the first time, Avery is facing the world that rejected her to attend the gallery opening of a photography exhibit and support her best friend, who modeled for the show. But the only image of her friend is a chilling photo of her posing as if dead–and the photographer insists he didn’t take the shot. Worse, her friend can’t be found. She immediately calls Parker for help. As Avery, Parker, and his friends in law enforcement dig into the mystery, they find themselves face-to-face with a relentless and deadly threat.

I always enjoy a mystery by Dani Pettry. My thoughts:

The cast of characters. It’s rare that I enjoy a book with a large (more than 5) cast of characters. However, I always enjoy Dani Pettrey’s. Somehow she is able to create a dynamic group so that I am able to not only tell each character a part, but I enjoy seeing through their eyes. This is probably because her series almost always introduce all of the characters in the first book and maintains their arcs throughout the rest of the novels.

Romance. There is a main romance in this book and a budding romance for the next one. I was looking forward to the main romance and it wasn’t disappointing. Pettrey mostly set it up in the previous book, so it was nice to see it come together without any complications. And then I got to see the beginning of what I imagine will be the next main romance. All in all, perfect for this romantic heart.

Mysteries. There is one main mystery an ongoing mystery, and a newly introduced longer mystery. While two were more interesting to me than a third, the book still managed to keep me on my toes.

Spiritually, the novel deals with forgiveness and letting go of the past.

For some reason it took me a minute to get into this book, most likely because it’s been a year since I’ve spent time with these characters. But once I was in, I was in.

Overall, a very good read and I’m looking forward to the next one.