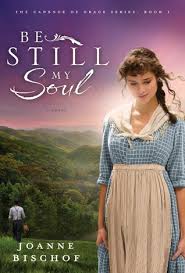 About
Night’s chill tickled her skin. Lonnie pressed her hands together and glanced up. He was even more handsome up close. Having grown up the shy, awkward daughter of Joel Sawyer, she’d hardly spoken to any boy, let alone the one who had mothers whispering warnings in their daughter’s ears and fathers loading shotguns.

Pretty Lonnie Sawyer is shy and innocent, used to fading into the background within her family, and among the creeks and hollows of the Appalachian hills. Though her family is poor and her father abusive, she clings to a quiet faith. But when handsome ladies’ man and bluegrass musician Gideon O’Riley steals a kiss, that one action seals her fate.

Her father forces her into a hasty marriage with Gideon—a man she barely knows and does not love. Equally frustrated and confused by his new responsibilities, Gideon yearns for a fresh start, forcing Lonnie on an arduous journey away from her home in Rocky Knob.

Her distant groom can’t seem to surrender his rage at the injustice of the forced matrimony or give Lonnie any claim in his life. What will it take for Gideon to give up his past, embrace Lonnie’s God, and discover a hope that can heal their two fractured hearts?

I thought this novel was full of originality. It took place in the Appalachian Mountains and I haven’t read many books in this area, the hero was not a hero for most of the book, and it focused on marriage more so than romance. But back to Gideon, the non-hero, there were quite a lot of times in the novel that I thought to myself what a loser. But this guy grows on you. To be perfectly honest, he was a realistic portrayal of a young man who got married too young and with bad examples of marriage before him. But once he has that good example, his character begins to slowly develop into a good man. He was definitely the most interesting person in the novel and I felt the novel was more geared to his growth than to the romance (though you see some of that as well). Spiritually, Gideon has to realize that he is not in control and Lonnie learns to hold on to God’s promises in regards to her marriage. This is certainly an interesting novel! Recommended.