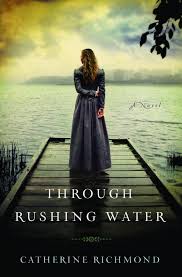 Sophia Makinoff is hoping for a marriage proposal, and when she doesn’t get it she joins the mission field. Sophia is then sent to the Dakota Territory to work with the Ponca Indians. Sophia is a wonderful character who manages to shine through in tough circumstances. I really enjoyed the romance in this book because it was built on the foundation of friendship and mutual respect. I think the only thing I didn’t like was that the back of the book was a bit misleading so I kept expecting something that never happened. Other than that, I really enjoyed this novel and learned a lot about the history of the Ponca Indians. Their history is a sad one, but Ms. Richmond adds just enough humor to the story so that it’s not overwhelming. Spiritually, Sophia doesn’t start off with much of a relationship with God, but as she lives with the Ponca Indians, she comes to know God in a way she never expected. Highly recommended.