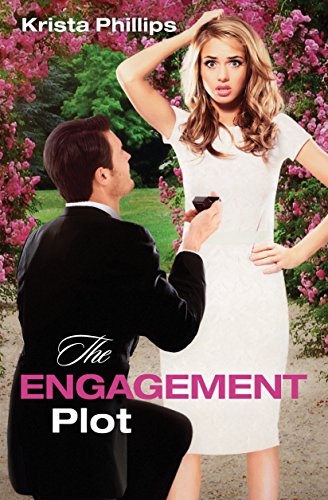 Six months ago, William stole Hanna’s heart and shattered it in front of millions of people on a reality TV dating show. And now the big-wig CEO is back on Hanna’s home turf in Minnesota and wants her to forgive him? Fat chance of that. But life is swirling around faster than snow in a blizzard, and despite her objections, teaming up with William seems like the only option to rescue her reputation.

William has never regretted anything more than the day he gave that ill-fated interview for the reality show, The Price of Love. But while he can’t change the past, he’s determined to fix the future. He just needs to convince Hanna to forgive him—and pretend to be engaged with him. Simple, right?

When the media erupts with even worse accusations, teaming up and pretending to be engaged seems to be the only way to salvage their reputations.  Despite the media frenzy that swirls around them, an attraction neither of them can fight off begins to surface. Could this love run deeper than a scandal, or will old wounds tear them apart once and for all?  When all seems lost, it’s only with help from above that Hanna and Will may find their happily-ever-after.

I’ve read a book by Krista Phillips that I enjoyed (Sandwich with a Side of Romance) and I was just in the mood for something lighthearted so I picked this book up. My thoughts:

The plot. This is a second chance romance, but I found the premise to be so creative. It’s not just about whether a boy and girl can fall in love again but…were they ever really in love in the first place? Also, everyone has heard of shows like The Bachelor even if you don’t watch it so it was really neat to have that added factor to it.

Hanna. I found Hanna to be very relatable. She has to grapple with dealing with her reputation as a Christian (which is a bit in tatters thanks to Will), forgiveness, deception, her feelings for Will, etc. I found many of her reactions and feelings rang true.

It was very lighthearted and warm and very contemporary. Sometimes you need a fun escape and that is what this book provided.

Spiritually, the novel deals with the themes of grace and forgiveness and what that really looks like.

The hero. Will was so shady for most of the book it was hard for me, as a reader to really trust him…even though I knew as a romance reader all would work out. In my opinion, he was just a bit too into himself and even though Hanna had fallen in love with him on the show, I wasn’t entirely sure why she fell in love with him the second time. It just took too long for him to change.

Too long. It’s rare that I complain that a book is too long, but the story should have ended much sooner. I found myself really skimming towards the end.

I doubted greatly that the paparazzi finds reality stars to be that fascinating. I could be wrong but Hanna and Will were followed everywhere and discussed constantly as though they were actual movie stars. I found it a bit hard to believe people would be that invested in them.