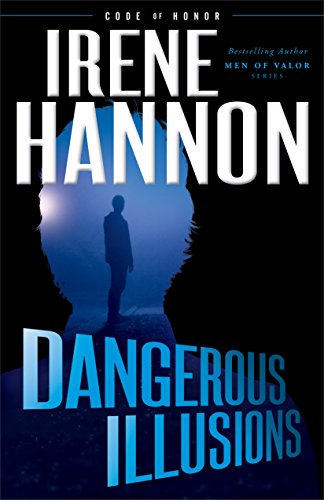 Trish Bailey is on overload trying to deal with a demanding job, an ailing mother, and a healing heart. When a series of unsettling memory lapses leads to a tragic death–and puts Trish under police scrutiny–her world is once again thrown into turmoil.

Detective Colin Flynn isn’t certain what to think of the facts he uncovers during his investigation. Did Trish simply make a terrible mistake or is there more to the case than meets the eye? As he searches for answers, disturbing information begins to emerge–and if the forces at work are as evil as he suspects, the situation isn’t just dangerous . . . it’s deadly.

Bestselling and award-winning author Irene Hannon captures readers with a mind-bending story that will have them doubling back to retrace their steps–and figure out what they missed!

Irene Hannon writes very solid suspense novels and this one is no different. My thoughts:

The mystery/suspense. Hannon always sets up a lovely mystery (not quite a mystery since you know who the bad guy is). Right away you’re immersed into a who-done-it situation/ how-did-they-do-it situation. The way the characters work out what’s happening is always realistic and on point. Kudos to Hannon for not creating dumbed down characters. Her setups are complex and fascinating. Also, even though you know who the bad guy is, there are still a lot of little mysteries that, when solved, are a bit shocking.

Well-written. I found this novel to be typical Hannon–very well written. I only planned to read some of the book when I first opened it, but read far more. It’s an easy read.

Spiritually, the characters believe in God and pray.

I think I just have to accept that Hannon writes the same heroine and hero in each novel. Her mysteries are all different, but the people solving them are all the same…in spite of the fact that they usually have different back stories. It’s so bad, that my mom (who loves Hannon) and I spent ten minutes on Amazon trying to figure out if we had met these characters already.

Overall a very solid and dependable Irene Hannon novel. You won’t be disappointed.