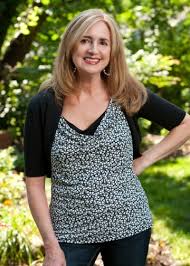 1.      Of all the novels in The Heart of San Francisco Series, which one was the hardest to write? Which was the easiest?

Surprisingly book 1, Love at Any Cost, was the easiest, which is odd given the difficulty a writer has in fleshing out a whole new family and setting, complete with new personalities, quirks, and pretty intense historical research.

As far as the most difficult, I was shocked to discover that Meg’s story in book 3, Surprised by Love, was a real bear to write because I mistakenly expected it be the easiest. You see, I loved the idea of an ugly duckling turning into a swan and catching the eye of the childhood nemesis who scorned her, allowing for some romantic revenge. And with a first line like “Close your mouth, Devin Caldwell, you’ll swallow a fly,” I just thought it’d be fun and easy to write, especially with the groundwork already laid for a quirky but lovable family and ongoing romance/friendship between the widowed matriarch and her brother-in-law.

But, as usually happens in my books, the characters dictate to me how the story is going to go, so Meg threw me a curve. Instead of exacting revenge on Devin Caldwell, I realized she is just too sweet and kind and gentle to ever do that to anyone, so that shifted the story for me to a much more serious vein, throwing me for a loop. It took a lot of prayer and time to get to the end, but I finally did, and I actually like it a lot.

2.      I’ve heard you say that Charity is your favorite character that you created, do you have a new favorite (or a second favorite) from this series?

As far as the O’Connor saga (The Daughters of Boston and Winds of Change series), yes, Charity will always be my favorite heroine because she is just so wonderfully flawed, that she was an absolute joy to redeem. Charity reminds me just how much God pulled my own life out of the gutter and frankly, she is a real hoot who makes me laugh—funny, audacious, resilient and as passionate about those she loves as those she hates. And she certainly underscores a valuable lesson I learned a long time ago—it’s the unlovable ones in our lives that need the most love.

And Mitch and Luke? Well, I guess I just like the strong, stubborn type with whom my heroines can butt heads (and blonds, apparently, like my hubby used to be!).

But in the McClare series, my favorites are definitely Cait and Logan and it shows because some reviewers have accused me of allowing their sub-story to steal the show. But I can’t help it—just like Marcy and Patrick were the glue to the O’Connor series, so are Cait and Logan, and maybe that’s because I am a Baby Boomer who relates to an older couple’s love story so well. Who knows?

3.      What inspired the creation of Nick Barone’s character and his past (this guy has a lot going on!)?

Well, I knew I wanted a plainclothes detective instead of just a plain police officer because I saw Nick as a grouchy mix of two other “detective” types, Magnum P.I. and Colombo—a tall, dark Italian police detective who’s as disheveled as Peter Falk’s raincoat and as adorable as a young Tom Selleck’s dimples. As far as Nick’s jaded past with the Irish Mob, that came about because I really didn’t have a big surprise twist at the end of this book like I do in book 1, so I figured I’d toss in a touch of gang violence to keep the readers engaged so maybe they wouldn’t notice there wasn’t a big twist. 😉

4.      Can I just say that I love Logan? He’s my favorite character in the whole series. What inspired you to write this kind of romance between him and Caitlyn (which I imagine will span the entire series)?

LOL … oh, you bet you can say that because he’s my favorite too, along with Cait. And, yes, their story is the bridge that spans all three novels, hopefully to bring a solid and cohesive connection to each book in the series.

It’s no secret that I love family sagas because family is very important to me, both in my books and in my personal life, so I knew I needed that component. But just as I moved the McClares to the opposite coast, I also wanted a completely different relationship from the married couple/parents scenario I had with Marcy and Patrick from the O’Connor saga, but still with the feel of family and a deep romance. So I came up with the idea of love story between a widowed matriarch and the brother-in-law to whom she was once engaged before he cheated on her. She subsequently marries his brother, and Logan has been kicking himself ever since. The series opens after Cait has been widowed about two years and Logan is determined to win her back no matter the cost, which is high since it means he has to forsake an amoral lifestyle and turn to God. Suddenly you have a womanizing rogue like Logan McClare willing to change his ways for the love of a woman and family, which is always a winning scenario in my book, no pun intended.

5.      Can you tell us about the next novel in the series? And is this the last one? Or does Blake get his own novel as well?

Book 3, Surprised by Love, is the final book for the McClares, although I am toying with the idea of a novella or stand-alone book for Jamie’s sister possibly, but not for Blake.

This will be Meg’s story, of course, with a love triangle between Bram and Devin Caldwell, and then the culmination of Cait and Logan’s story as well. Here’s the jacket blurb:

From ugly duckling to swimming with the swans …

But is she over her head when it comes to love?

Shy and unattractive as a child, Megan McClare has always been teased by her classmates. But when she returns home from her senior year in Paris, the wallflower has suddenly blossomed into a beauty. With ambitions to become a lawyer or doctor, Megan accepts an internship at the District Attorney’s office only to discover that she will be working with Devin Caldwell, a boy who mercilessly mocked her at school—and with whom she was hopelessly enamored. She turns to her dear friend Bram Hughes for support and advice. But Bram’s vision is clouded by his sudden unwelcome attraction to a girl he had always thought of as a little sister. He advises forgiveness, but can he forgive himself for pushing the woman he loves into the arms of another man?

Scripture Theme: For the Lord will be your confidence and will keep your foot from being caught. —Proverbs 3:26

Also, I have a cool blog feature on my website called “Journal Jots” at http://www.julielessman.com/journal-jots1/, which is a very laid-back journal to my reader friends that will give your readers an idea as to my relaxed style of writing.

Or readers can check out my favorite romantic and spiritual scenes from each of my books on the “Excerpts” tab of my website at http://www.julielessman.com/excerpts/.

Of course, I can be found daily at The Seekers blog at http://seekerville.blogspot.com/, a group blog of 13 published authors that inspires, encourages, teaches, and informs aspiring writers on the road to publication and beyond.

Finally, here are some fun freebies, sales, and giveaways going on right now or in the future:

1.) FREE DOWNLOAD of my debut novel A Passion Most Pure! American Christian Fiction Writers 2009 Debut Book of the Year, A Passion Most Pure has over 340 five-star reviews on Amazon and some of readers have actually read it more than 20 times! Here are the links for your free download!  AMAZON, BARNES & NOBLE, CBD.COM

2.) SALE TO END SOON ON 99-CENT A LIGHT IN THE WINDOW! I hope you’ll check out my video for my Irish love story, A Light in the Window, which stars my daughter and has won three awards and garnered 125 five-star reviews. It’s still only 99 CENTS on Amazon, but only for a little while longer, so check out the video here, http://bit.ly/1kkzvlC, and you can download it here: AMAZON.

3.) FREE DOWNLOAD on Romance-ology 101: Writing Romantic Tension for the Inspirational and Sweet Markets coming FEBRUARY 11-15 on Amazon, so mark your calendar and here’s the link to find out more about the book: Romance-ology 101.

Thanks, Embassie, for a fun interview! 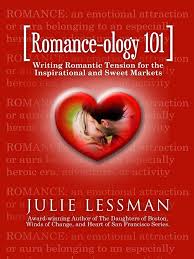 Mrs. Julie Lessman has graciously offered to giveaway one of her novels of your choosing! Just leave a comment below stating what you love about a Julie Lessman novel (or why you would like to read one) with the name of the novel you want plus your email address. I will pick a random winner. The winner must respond within 48 hours of being notified of their win. The contest ends Feb. 28th!

146 thoughts on “Interview of Julie Lessman and Giveaway!”