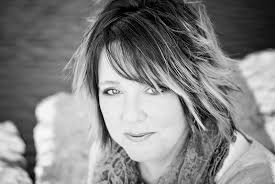 Serena:  After re-reading Ella Enchanted by Gail Carson Levine about seven years ago, I thought, “I wonder if I could re-imagine a fairytale in such an original way?” and decided to give it a go. I chose Snow White & Rose Red because it was a lesser-known tale, but had been one of my favorites as a child. I wrote very organically with no outline but the original tale. And, as often happens with organic writers, it veered onto an entirely fresh path. No one was more surprised than me, but I think readers who are familiar with Grimm’s original telling will still be able to “see” it in The Ryn.

2.      When writing a fantasy-like novel, what are some of the challenges you face, if any?

Serena: I often joke that the reason I write fantasy is because I despise research and, when you make up a world’s history as you go, there is no fact-checker who can gainsay you! *laughs* But creating a “world” from scratch has its own challenges, such as topography, geography, and distance calculations, world-unique mythologies, legends, and traditions, level of technology, means of transportation… Oy! I can’t tell you the number of times I had to go back and count the provinces of E’veria and make sure I wasn’t missing any of them or spelling them incorrectly!

3.      How much do you plan in advance when you write? Or are you surprised by your characters actions as well?

Serena: The first draft of books 1 and 2 of the Eyes of E’veria series were written in a whirlwind 5 month stretch of creativity that was unhindered by any sort of planning other than the original fairytale. And I’ll admit: they were horrible first drafts. I just didn’t realize it at the time. It took 7 years to refine them (and my craft!) to the point that I felt they were ready for the world. Now that I’m working on books 3 & 4, and a fresh fairy tale, I’m coming at it a bit differently. I have a rough outline, something I’ve never used before, and that in itself is a bit frightening for a “pantser” like me. I have one or two bits of scripture that are going to define the character arc over the course of the two books, and several scenes already roughed out, that came to life in between rewriting bits of The Ryn and The Remedy. Book 3 is due to my editor on September 1, so I’m already feeling some pressure, but I’m also really excited to go back to E’veria with these new(ish) characters.

4.      I really liked Rose and thought that she really was a well-rounded character. What or who was your inspiration for her?

Serena: Originally, of course it was the fairytale, Snow White & Rose Red. When I was a child, reading my big pink book of fairytales, I always liked Rose Red best of the two characters in the tale because she was brave. Snow White was meeker, gentler, and, in my opinion, a little boring. She warred against my girl-power sensibilities enough that, even at a young age I thought Rose Red sort of got the shaft because Snow White ended up with the Prince. (I know, it’s a convoluted sense of girl power, but it is what it is!) But as The Ryn came to be, the Rose Red character (Rose/Rynnaia) grew more important and Snow White sort of faded into the background as Rose became this independent young woman. Originally, a large portion of the story took place in the Wood—there was no Veetri in the earliest versions of the tale—but as I revised and revised and revised, Rose became more of her own person—enough so that I had to separate her from Lily (the Snow White character) entirely for quite a while by sending her to Veetri.

So who is Rose? Well, there’s some of me there, of course, and even more of who I wish I could be, but I’d have to say, Rose surprised me as she came out of her shell and became… herself: Rynnaia.

Serena: The big difference between The Ryn and The Remedy will be the type of adventure Rynnaia undergoes. In The Ryn, the main adventure is an internal one—Rose coming to terms with who she is, where she comes from, and what she has been destined to do. In The Remedy, she is Rynnaia, the Ryn, and she actually has to do it – fulfill the prophecy. There is a faster pace to the story and a lot more physical danger and adventure in The Remedy. It releases later this month, so I don’t want to give too much away, but my hope is that, even though the challenges Rynnaia will face in this second book are more concrete, her struggles will carry the same sort of emotional resonance that readers are responding to in The Ryn. 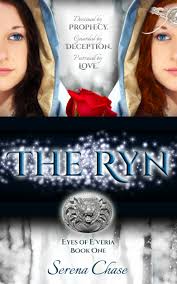