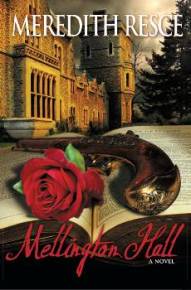 When Sarah Montgomery finds a man lying half-dead in the snow, she doesn’t stop to think of the consequences of trying to save his life. But being a Good Samaritan to a stranger yields nothing but trouble. In her parents’ absence, she struggles against a deadly fever and a vicious snow-storm, doing her best to save the life of a stranger. But when her self-righteous neighbours eventually come to see how she fared during the storm, they draw a very different conclusion, and before she knows it, her reputation is in tatters, and she has been cast out of the church and her home. Alone and destitute, Sarah is determined to seek work as a servant from the man whose life she has saved. But all is not well for the master of Mellington Hall. Someone wants Lord Alan Mellington dead, and he doesn’t know who or why. The only person he seems to be able to trust is the gamekeeper’s daughter, Sarah Montgomery, who has intervened to save his life not once but twice. This story blending mystery, scandal, murder and romance comes from one of Australia’s best-loved authors, Meredith Resce.

I was immediately drawn to this novel when I saw that it was a regency and having read a previous novel by Ms. Resce, I knew that it would probably be factual and realistic. I was not wrong. First, let me just start by saying that I enjoyed the character of Sarah Montgomery. She was both a woman of her times and strong. She never came across as a doormat, but neither did she flaunt tradition. Alan was a bit hard to like at first, and I think the author did this on purpose. But again, really, he was just staying true to the people of his times. The one problem I had with this novel was the mystery. Though the “bad guy” was obvious, something about it felt a bit rushed. Spiritually, this novel dealt with forgiveness and also how to treat people in a Godly manner. It also dealt morally with the power of spreading rumors. Ms. Resce doesn’t try to make it all go away in the end which I think is a nice touch of realism. Really enjoyable!