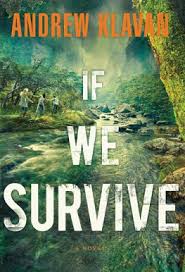 They came on a mission of mercy, but now they’re in a fight for their lives.

High schooler Will Peterson and three friends journeyed to Central America to help rebuild a school. In a poor, secluded mountain village, they won the hearts of the local people with their energy and kindness.

But in one sudden moment, everything went horribly wrong. A revolution swept the country. Now, guns and terror are everywhere—and Americans are being targeted as the first to die.

Will and his friends have got to get out fast. But streets full of killers . . . hills patrolled by armies . . . and a jungle rife with danger stand between them and the border. Their one hope of escape lies with a veteran warrior who has lost his faith and may betray them at any moment. Their one dream is to reach freedom and safety and home.

If they can just survive.

Let me just say, this was one intense book. It had me on the edge of my seat the whole time. I few times I had to stop and walk around and shake my head. It was just that good. The novel captured me from the first page of the prologue and did not let me go. Will was such a great protagonist who, I think, was able to successfully capture the emotions that a person would feel in such a situation. And Palmer….well I don’t want to give anything away, but thank God for the Palmers in this world. This book had more action that I usually read, but I didn’t get lost in the details, in fact, I went back and reread them. There was even a hint of a romance that was actually kind of sweet as I saw it unravel on the pages. Spiritually, this book places a huge emphasis on the importance of prayer and how to think of yourself in relation to your soul. Deep stuff. Highly Recommended!