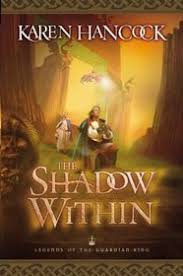 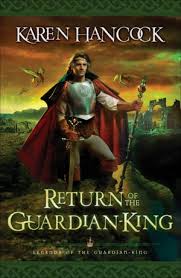 Karen Hancock’s Legend of the Guardian King is a great fantasy series. It has it all: secrets, betrayal, romance, mystery, battles. The series starts off with Abramm who is the fifth son of a king. He figures his chances at being king are slim, and as a sickly, small boy he decides to join a religious order. But then his two older brothers die in a tragic accident. His next oldest brother, in an effort to protect the crown sells Abramm into slavery. And he sets Abramm on a journey that changes his life. It’s not American slavery, but Roman-times slavery so envision gladiators and whatnot. And that’s only book one. I can’t tell you too much or I’ll give it away but I reread this series regularly (some books more than others). The romance is on point. I can’t say too much about it except that it’s good.

The author completely takes you to another place with different customs and people, but it works. Abramm grows from a man who had an interest in basically the occult, to a man with a strong faith in Eidon (God). It’s a really good series and highly recommended.